The “Canadian” has prospects for growth

After it became known about the agreement on free trade (NAFTA) between the US and Mexico, which was the impetus for the growth of optimism in world markets, on Tuesday, or rather on the night from Tuesday to Wednesday, the press leaked news about the beginning of negotiations between the States and Canada.

The news is really positive, because if an agreement is reached between neighbors in the North American continent, then the US, through its president, can already concentrate fully on hacking the defense of China and Europe. If Europe is practically defeated and weakly floundering in the hands of the winner, trying to minimize losses and protect its financial market from American pressure, then China remains a tough nut to crack, which the States can break their teeth.

In our opinion, the likely positive outcome of the negotiations on free North American trade (NAFTA) will undoubtedly have a positive impact on the mood of investors, but will not be decisive, since this market is local and will not be able to compensate for the main contradictions between Washington and Beijing due to weak influence on the general situation in the world economy. We are confident that the US will “pin down” all its political as well as economic satellites. But it will be difficult for them to do this with the Chinese, who have their own view of both the political and the economic processes in the world.

Against the backdrop of these events, we believe that after the agreement between the US and Canada, the Canadian dollar will receive support, as this factor will be the third and significant in importance after the expectation of a rate hike by the Bank of Canada in September and rising crude oil prices. Therefore, we consider it possible to continue selling US dollar / Canadian dollar.

Assessing the nearest prospects of the currency market, we believe that the dollar will remain under pressure, but in general, it will continue to trade in the lateral range against the major currencies, moving from the lower borders to the upper ones and vice versa.

The currency pair USD / CAD is trading above 1.2900. It has the prospect of continuing the decline amid the expected conclusion of an agreement between the United States and Canada on free North American trade (NAFTA). We consider it possible to sell the pair on growth from 1.2950 or on its decline to the level of 1.2900 with the target of 1.2800-15. 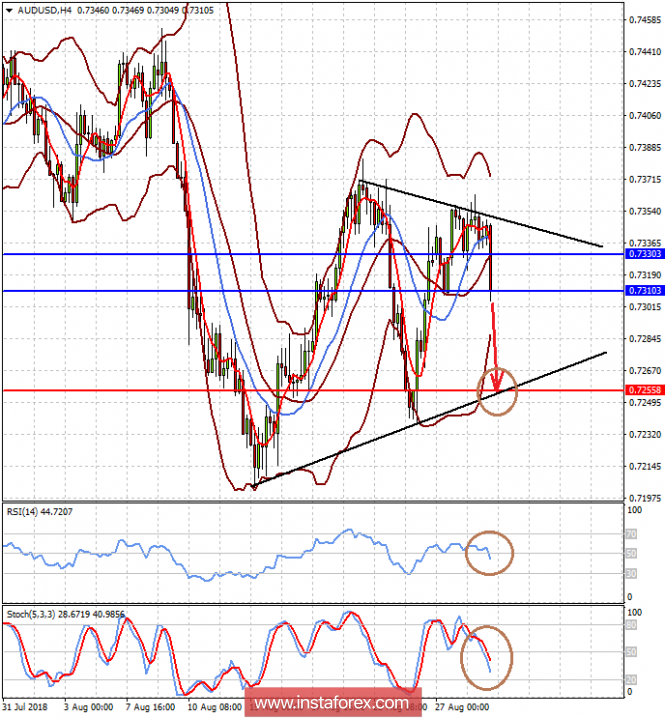 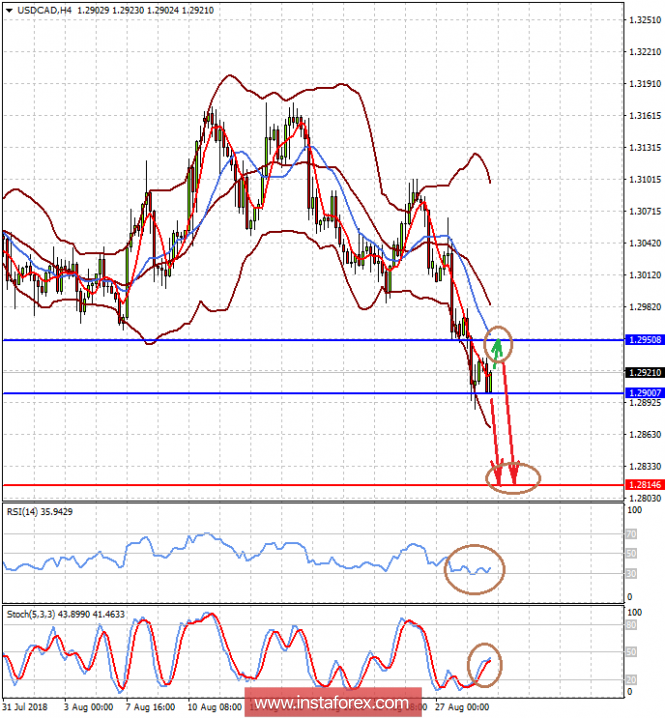