The review of the foreign exchange market for October 3, 2018

Yesterday, the dollar continued to strengthen its position largely due to the negative information background from Europe. The focus turned out to be Italy, from where quite alarming rumors were received. A discussion of the budget deficit and the size of the public debt in the Italian parliament. The idea was expressed that Italy could solve all its financial problems if it abandoned the single European currency. The idea of a possible disintegration of the euro area, which will inevitably happen in the event of Italy’s refusal from the single European currency, made many nervous. The position of the single European currency was also aggravated by data on producer prices, the growth rates of which slowed down from 4.3% to 4.2%. The slowdown in the growth of producer prices calls into question the possibility of further inflation. Rather, it is necessary to say that inflation in Europe will again slow down, and this already threatens with the fact that the European Central Bank will once again extend the program of quantitative easing.

And in the UK, things are not so happy because of the endless scandals about Brexit, and this time, Boris Johnson, who recently held the post of foreign minister, criticized Theresa May’s plan. According to him, what the prime minister is doing is not in the national interest and threatens economic catastrophe. Moreover, if you look at the statistics, the data on real estate prices showed that their growth rates remained unchanged. Frankly, this does not add to the pound of optimism, since the real estate market is extremely important for the investment attractiveness of the British economy. If real estate prices have ceased to grow, then investors are extremely skeptical about the future prospects of the UK.

The ruble also became cheaper yesterday, and, of course, the correction was long overdue, it still needs a reason. This was the reason for the claims that the government of the Russian Federation is developing measures to reject the dollar in foreign trade. Such conversations have been going on for a long time, and, according to statements by a number of Wall Street businessmen who do business with Russia, the Kremlin has been nurturing such plans since the middle of zero. However, this time, Vladimir Putin has already confirmed the existence of such plans. Naturally, such steps add uncertainty and adversely affect the ruble. However, in the long run, this already promises big problems for the dollar, since if one of the largest economies in the world refuses to make payments in dollars, then its position will greatly deteriorate. Another thing is that no country alone is able to abandon the use of the dollar, and since no one joins Russia in this matter, this is extremely bad for the ruble.

But the American statistics were pretty good, as vehicle sales increased from 16.7 million to 17.4 million.

Today in the United States comes a lot of interesting data that can further contribute to the strengthening of the dollar. In particular, ADP data can show employment growth of 185 thousand versus 163 thousand in the previous month. On the eve of the publication of the report of the Ministry of Labor, the employment growth will have a significant support for the dollar, because just yesterday, forecasts for the report content were lowered. However, the index of business activity in the services sector may be reduced from 54.8 to 53.6, and the composite from 54.7 to 53.4. True, preliminary data showed a much larger decrease, so that these data can be perceived with a positive.

As for Europe, the business activity index in the services sector increased from 54.4 to 54.7, while the composite business activity index decreased from 54.5 to 54.1 due to a strong decline in the business activity index in the manufacturing sector. However, in the first half of the day, the single European currency should receive strong support from retail sales data, whose growth rates can accelerate from 1.1% to 1.7%. So, before the release of US statistics, the euro may even strengthen its position, but by the end of the day, the single European currency will be at the level of 1.1550. True, all this is only if the mass media do not exaggerate the topic regarding the fate of the euro area. In the UK, there are no statistics, but the endless scandals about Brexit can clearly diversify the boring life of market participants. Moreover, the expectations of American statistics will do their job, so the pound may drop to 1.2975. 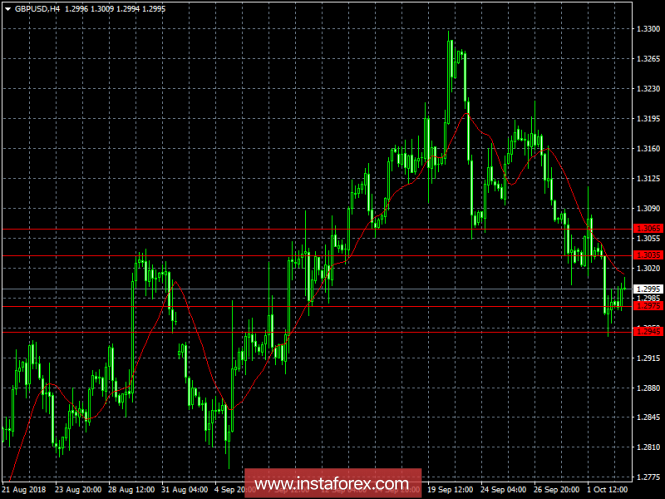 If we talk about the ruble, we have already released data on the index of business activity in the services sector, which rose from 53.3 to 54.7. However, macroeconomic statistics are of little interest to anyone, especially after the Bank of Russia demonstrated that it is not so important for him, raising the key rate solely due to external factors. And, most likely, investors will wait for more specificity regarding Russia’s plans to abandon the dollar, and most importantly, the readiness of other countries to support such an initiative. Given that it takes time, market participants will wait for the publication of a report by the US Department of Labor and the dollar will hang at 65.25 rubles per dollar. If new information is received regarding sanctions in respect of the Islamic Republic of Iran, which will lead to another increase in concern in the market, then the dollar will even be able to fall in price to 64.50 rubles. 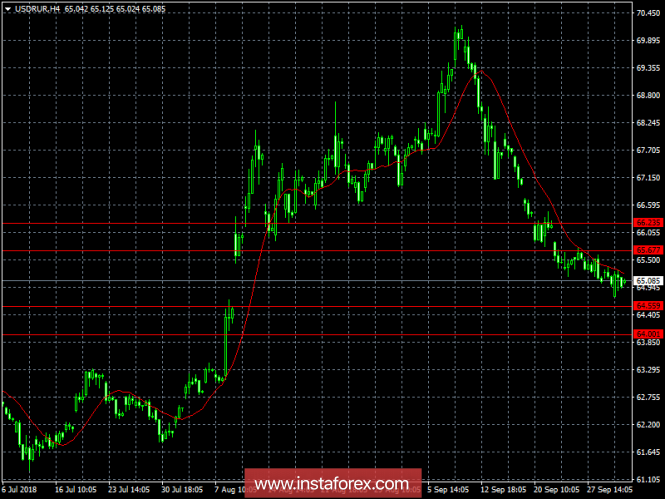