The rise of the pound: Brexit deal might be signed on October 17

On Wednesday, the head of one of the hedge funds voiced an assumption that the pound paired with the dollar will soar to 1.50-1.55, after the deal between London and Brussels has been officially settled. And although these price values look abnormally high, it is worth recalling that on the eve of the referendum in 2016, the GBP/USD pair was trading at 1.43-1.46, and after the announcement of the results of the plebiscite in just a few weeks it collapsed in the area of 1.25-1.27, followed by a drop to the base of 20 figures.

The “reverse” may not be so impulsive, but at the same time allowing a multi-month intrigue will allow the pair to grow by at least a thousand points, although if we take into account the dynamics of UK inflation and the intentions of the British regulator, the two thousand-point march does not look fantastic. Especially if you remember what alternative the market is waiting for in the absence of an agreement. 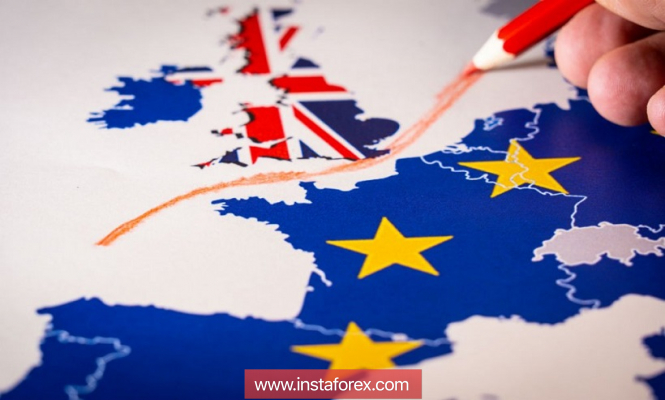 The data published on Wednesday on the growth of the British economy and (especially) the volume of industrial production have maintained hopes of accelerating the pace of tightening monetary policy next year – of course, subject to the conclusion of a deal between Britain and the EU. The GDP indicator in annual terms rose to 0.7%, the second month in a row showing the highest result for this year.

This fact overshadowed the monthly indicator, which slowed to zero. According to experts, the third quarter for the British economy will be the most successful in almost two years. During the summer, positive dynamics was noted in the field of housing construction, retail trade and food production. In addition, the tourist season also contributed.

Industrial production in Britain was also better than expected, both on a monthly and annual basis. Moreover, in annual terms, the indicator showed the strongest growth since April this year. It is appropriate to recall that August inflation in the UK increased by 2.7%, contrary to more modest forecasts. “Net” inflation, excluding energy prices, food products, tobacco products and alcoholic beverages increased by 2.1%, although most analysts expect growth of just 1.8%.

In other words, key macroeconomic indicators enable the Bank of England to raise the interest rate twice next year. Some representatives of the English regulator allow this possibility, however, in each case stipulate a fundamental condition – “soft” Brexit. Otherwise, the central bank may take the opposite position and even reduce the interest rate to the level of August 2016. Such a fork in events increases the importance of the deal, as at stake is the “hawkish” prospect of monetary policy.

Of course, it is too early to talk about the 50s: a sharp rise in the pound is possible when the parties finally “shake hands”, and the deal will be signed and approved – both in Britain and in the European Union (or when the probability of such a scenario will increase as much as possible). In the meantime, traders are content with rumors that also strongly influence the dynamics of the GBP/USD. However, the pound’s growth on Wednesday is not due to rumors, but to the optimistic statements of the chief negotiator from the European Union, Michel Barnier. He told the news that the deal can be concluded in a week – October 17, that is, during the EU summit. Such conversations happened on Tuesday – but the information was unconfirmed, so traders reacted to it very cautiously.

On Wednesday, Barnier not only confirmed these rumors, but also shared some details. So, according to him, Brussels and London were able to find a common denominator in many key issues, and within the framework of Theresa May’s presented “Chequers plan”. As for the Irish issue, there is also progress: there will still be checkpoints and “certain administrative procedures” at the border, but the parties have tried to smooth out the most acute angles as much as possible and have reached a compromise beforehand. Barnier reiterated that hard Brexit will cost “very much” both Europe and Britain, so this scenario is not a priority, but rather the opposite – the negotiators are trying to prevent its implementation. However, the EU representatives warned that the terms of the relationship would change in any case, and this fact must be taken as inevitable. Thus, it is once again a feast outside for the GBP/USD bulls: such an optimistic assessment on the part of Michel Barnier, increases the chances of closing the deal, although it does not guarantee it. Let me remind you that on the eve of the informal EU summit in Salzburg, the market received similar signals, but officials were unable to find common ground. It is likely that this time the preliminary agreement will still be signed, after which the parties will disperse “in the corners of the ring” until November, when there will be another meeting of representatives of London and the EU.

If this scenario is implemented, the pound will receive tremendous support: even the conclusion of a “rough” version of the transaction will increase the probability of a soft Brexit many times, with all the consequences for the British currency. Within a few days, the parties can submit a pilot draft agreement – if it does not cause strong criticism in Britain and in the European Union, the chances of its signing on October 17 will increase in many ways.