On Thursday, the main pair of the currency market EUR / USD gave a strong growth signal against the dollar. Strong zones of resistance 1.1725 – 1.1750 were broken, a strong closing of the day. The growth pattern is supported by the franc and pound (against the dollar). The picture is mixed in part by the fact that the yen is falling against the dollar.

Fundamentally, the picture is unclear. At the EU summit, Britain, the parties did not agree on the relationship after Brexit, and this, of course, is not positive. At the same time, there are reports that British Prime Minister May is ready to propose new variants of the agreement.

In the United States, new duties are ready to impose against China on Monday, September 24, for goods in the amount of $ 200 billion. China, according to statements, will immediately introduce reciprocal duties for $ 60 billion of goods from the United States. Trump previously threatened, in the case of China’s response, to impose duties on another $ 267 billion of goods from China. This is certainly negative but European currencies are growing against the dollar. 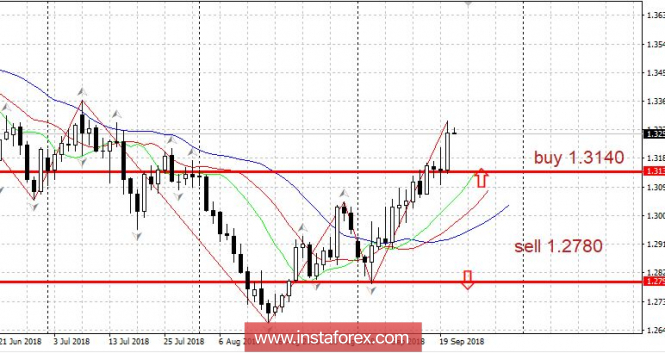