The US will plunge the world into a new economic crisis

It seems that investors have begun to realize that there are too many problems that will hinder not only the demand for risky assets, but also in general will affect the growth of the world economy.

The Turkish debt crisis was a consequence of the contradictions primarily between Washington and Ankara. And although Americans say that it is not inspired by them, it is hard to believe. It seems that the United States have decided to punish Turkey for its obstinacy, as well as for its political, economic and military ties with Russia. But in this situation, there was also a strong blow to the European banking sector, which lends to Ankara and local businesses. Assessing this state of affairs, we can assume that if the situation is not stabilized in the near future, there is a risk that the crisis will spread to Europe, and this is no longer a joke. This is already threatening a new wave of global economic crisis. In addition, the situation is further exacerbated by the outbreak of large and small trade wars, in which the United States and China are at the center of attention.

In the wake of these events, defensive assets continue to be in demand among security investors, and the US dollar is growing not only on the wave of expectations that the Fed will continue to raise interest rates, but also because its support is happening against the background of the non-abating repatriation of capital to the United States. It is provoked by the current economic policy of the Administration and the Federal Reserve, as well as increased risks in emerging markets and even in developed ones, which is clearly manifested in the fall of stock indices around the world, the decline in demand for industrial metals and other raw materials assets.

Observing what is happening, we note that the current trend may continue, which means that the dollar has every chance to continue to receive support. The basis for this is the overall picture that is emerging in the markets, as well as in geopolitics, where the main troublemaker of calmness has become the United States.

The forecast for Thursday.:

The EUR/USD pair is trading above the level of 1.1365 and may partially recover to 1.1430, if there is a trend towards demand for risky assets. But, despite this, we believe that it should be sold on growth from 1.1440 with a local target of 1.1265. Also relevant to selling is if the price drops below the mark of 1.1365.

The AUD/USD pair is above the mark of 0.7265 on the news about the resumption of negotiations between the US and China on trade tariffs. The pair may continue to rise to 0.7325. We consider it possible to sell it from this level with the goal of 0.7200. Also relevant to selling, if the price falls below the mark of 0.7265. 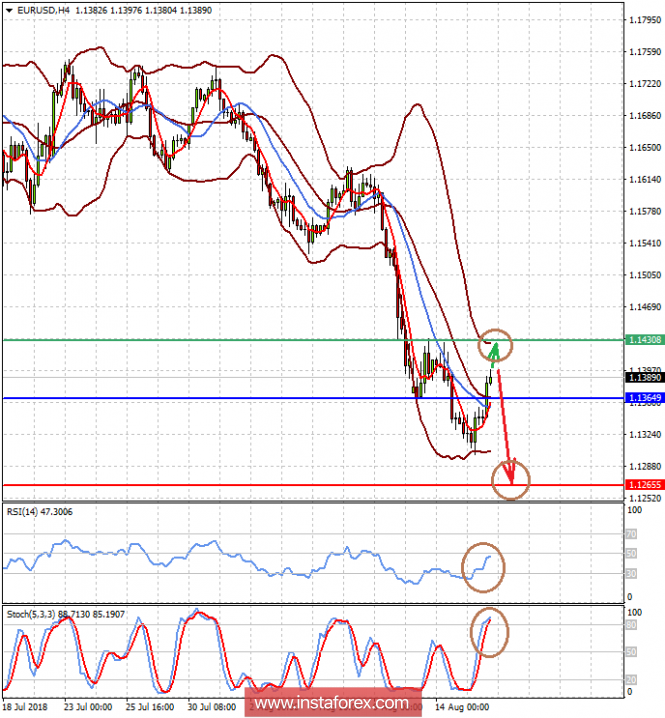 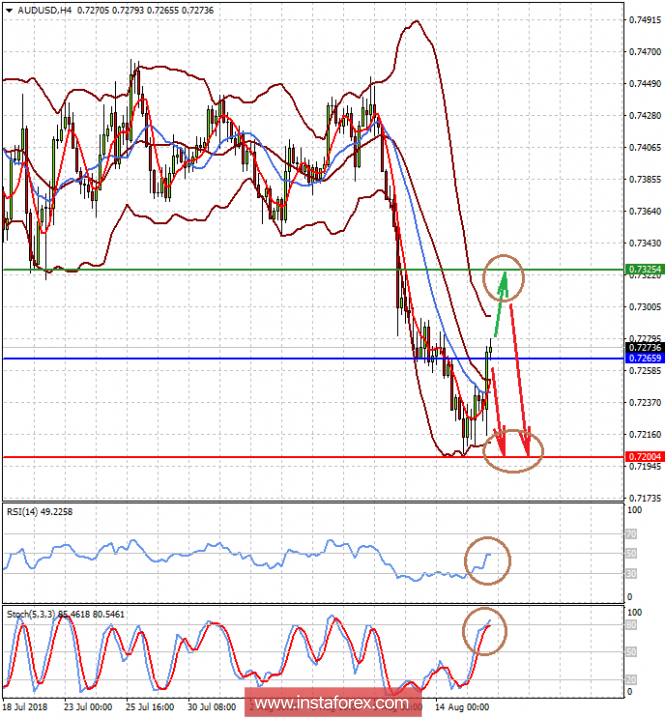