Theresa May will announce plans for Brexit today 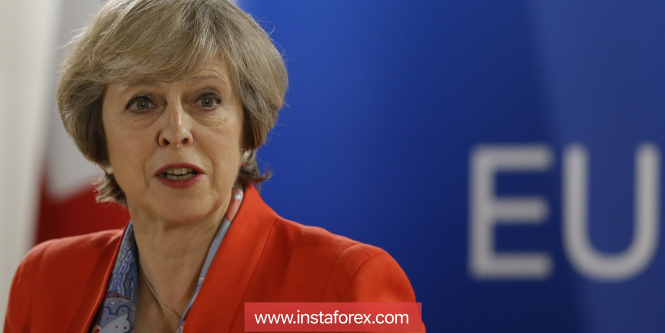 The Prime Minister of Great Britain will announce on Thursday the plan for the country’s exit from the European Union. Today, the document to be published today should shed light on the position of England in the obviously skidding negotiations on Brexit.

It is expected that it will outline measures to ensure unimpeded trade to protect “jobs and their means of livelihood”. The desire for an “unrivaled partnership in the field of security” will also be discussed. At the same time, it will be emphasized that Britain reserves the control over borders, laws, and money.

“Leaving the European Union is a challenge and an opportunity. We need to respond to the challenge and understand the opportunities, “says the preface to the document prepared by the new Brexit minister, Dominic Raab, who was appointed on June 9.

It is this political background that currently keeps the GBP / USD pair below the level of 1.3300, despite the increase in forecasts to 0.25% by the Bank of England at a meeting on August 2.

Current market expectations for raising the rate are about 60%. The traders will get more clarity after the speech of the deputy head of the Central Bank of England, John Cunliffe on Friday at 11:00 GMT.

The pound looks vulnerable. However, the American currency also does not promise bright movements. If today the US session does not update the lows that were fixed earlier this week between 1.3200 / 25, then the sterling may stabilize and eventually rise in price.