Today, the market is focused on the voting in the US Congress

After D. Trump was encouraged by the markets last week with a statement that he had a new trade proposal for China, the fall in global stock markets stopped, and the US dollar passed some of the previously won positions on the foreign exchange market.

After a wave of euphoria, investors are currently trying to understand for themselves what the president’s words are. If it’s another trick in his not too subtle economic and political struggle with competitors both inside and outside the country, or is he really following his old tradition after heavy pressure on the opponent begins to hand back, while hoping to get exactly what I wanted initially.

Assessing the existence of such sentiments, we believe that activity in the foreign exchange market, and in general in world markets, is likely to be before November 30, when the G20 Summit will take place. The situation may change radically, and high volatility may return to the markets again.

We have in mind today’s vote in the US Congress. If the Republicans win, then Trump will have strong support in his internal and external affairs, but if the victory comes from the Democrats, this will most likely lead to strong movements in the US financial market, which can also contribute to a strong increase in volatility and a resumption falling local stock market, which at the same time may lead to an increase in demand for the dollar as an asset safe haven.

We have no doubt that this event can overshadow all the news that will be released today, since the degree of tension that has developed between the personality of the 45th President of the United States and his, first of all, ideological opponents, can plunge local political life chaos with all the negative consequences. Based on this scenario, we believe that it is necessary to exercise caution in making decisions.

From the economic statistics data released today, the values of the business activity index in the services sector of Germany and the eurozone, as well as the figures for production inflation in the euro area will attract attention.

The EUR / GBP currency pair is trading above the level of 0.8725, generally remaining in the “outset”. It can turn up and rush to 0.8780 in the wake of positive data on industrial inflation in the eurozone, if it holds above 0.8725.

The EUR / JPY currency pair is trading below the level of 129.30. The pair also has the potential for local growth in the wake of positive data on inflation from the eurozone. The intersection of the price level of 129.30 may lead the pair to rise to 130.15. 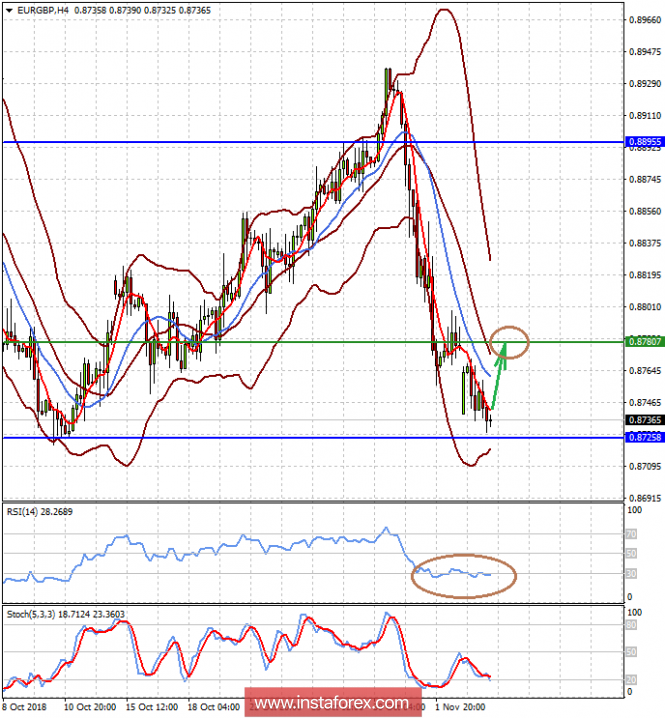 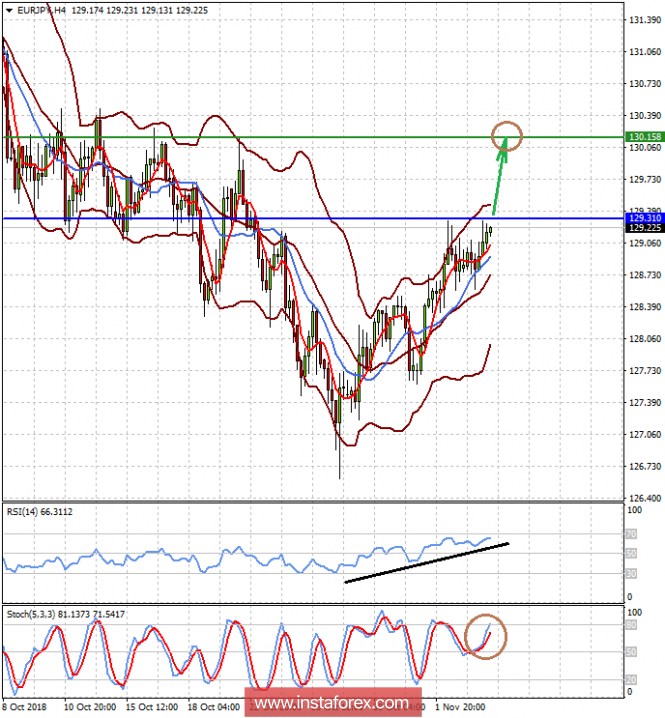