To open a long position on EURUSD requires:

Buyers were able to just update the Max yesterday, then retreated. At the moment, it will be important to rise above the level of 1.1184, since docking there would lead to a new wave of ascendant in European currency with updating 1.1208 where I advise to take profit. If the euro in the afternoon, return to shopping the best thing from 1.1146 level.

To open a short position on EURUSD requires:

Sellers until they managed to form the only full-time resistance in the area, and under 1.1184 1.1170 in the morning does not lead to a sale of the European currency. In the case of repeated docking attempt fails at 1.1184 can watch short positions on the euro with the aim of lowering in the afternoon in the district support 1.1146. Otherwise, go back to sales euro best on the rebound from 1.1208. 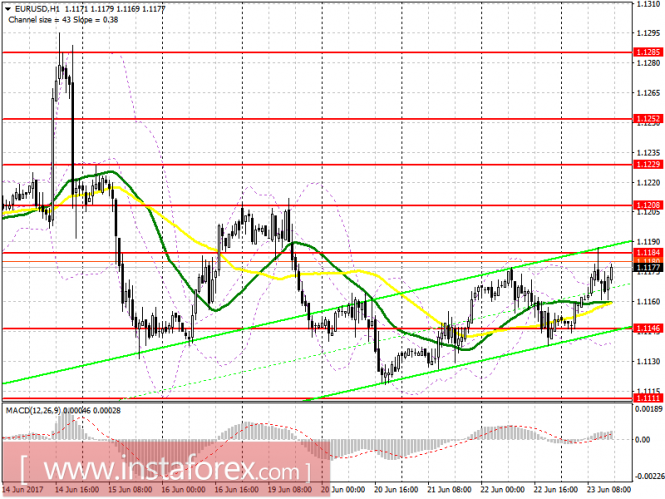 To open a long position on the GBPUSD is required:

To continue the growth of British pound must be pinning higher 1.2744, from which you can count on a new one-week maximum in the vicinity of 1.2801. If the pounds in the afternoon, return to purchase recommend after you upgrade the level or at 1.2692 rebound from 1.2650.

To open a short position on the GBPUSD is required:

Sellers more confident will occur in case of repeated unsuccessful attempt to gain a foothold above 1.2744. At this level, the formation of a false breakdown would lead to an increase in short positions in the pound to reduce to 1.2692 and upgrading major support 1.2650. In the case of growth above, return to 1.2744 pound sales recommend only to rebound from a major resistance 1.2801. 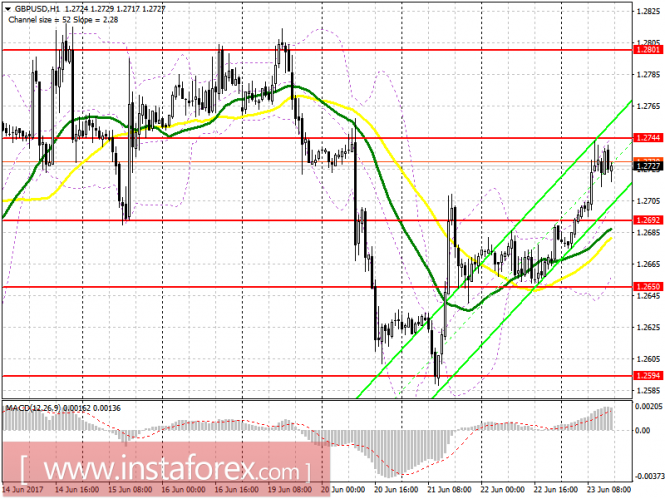