The dollar was rapidly losing its positions on Monday, which was due to several factors. First, the dollar was pretty much overbought and a local correction was about to take place. It was brewing last week, but the uncertainty of market participants about the further US actions in the foreign policy arena forced it to remain cautious. Secondly, Turkey has filed a complaint with the WTO on customs duties, imposed by the United States, and so it joined the list of countries that express open resistance to the policy of the White House. All this frightens investors, as it gives the impression that the United States has already quarreled with its allies, and this does not bode well for America. Thirdly, the growth rate of the construction industry in Europe has accelerated from 2.0% to 2.6%, and although this is a rather weak indicator, it still contributed to the overall pattern of negative factors for the dollar.

On Tuesday, there are data on government borrowing in the UK, which may fall by 2.3 billion pounds. Although this is quite a positive factor for the pound, given the rapid sell-off of the dollar, which took place the previous day, it is heavily oversold, and against the background of expectations of Wednesday’s publication of the text of the minutes of the Federal Open Market Committee meeting, it is worth waiting for a rebound. Investors expect that the text of the protocol will clearly indicate that the Fed will raise the refinancing rate twice before the end of this year. However, given the continuing uncertainty, as well as quite good data from the UK, most likely, we are waiting for stagnation in anticipation of Wednesday’s news.

The EUR/USD currency pair, forming a corrective movement, was able to return to the previously broken range the level of 1,1510/1,1550. Likely to assume a gradual deceleration with the primary oscillation in the range of 1,1510/1,1550. 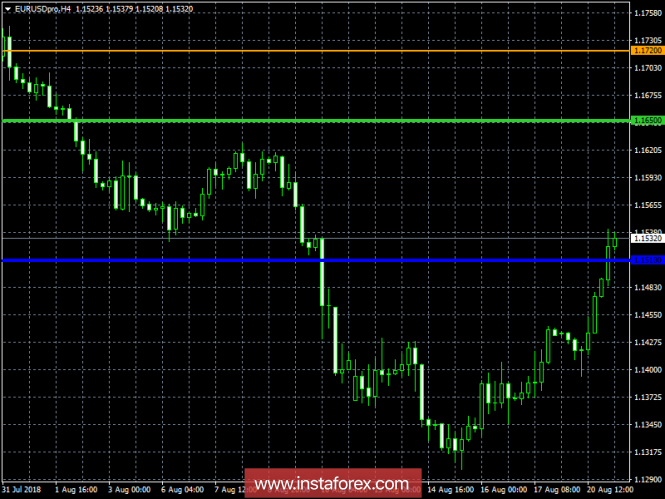 The pound/dollar currency pair formed a full-fledged correction, returning to the fractal on August 14, which previously reflected a pullback. Now there is a phase of fixation above the fractal. Likely to assume a temporary fluctuation within the framework of 1.2800/1,2850. 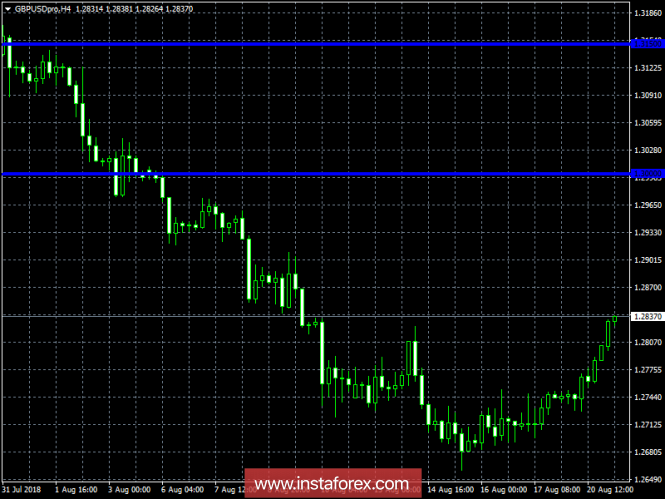