The dollar continues its triumphant march, at least against the single European currency. But the pound was able to hold on due to data on lending, which showed an increase in consumer lending from 0.8 billion pounds to 1.1 billion pounds. Also, the index of business activity in the manufacturing sector increased from 53.0 to 53.8. The single European currency was not helped by data on the unemployment rate, which fell from 8.2% to 8.1%, and this is due to a significant decline in the index of business activity in the manufacturing sector from 54.6 to 53.2. If you look at the main countries of the eurozone, in Germany the index fell from 55.9 to 53.7, in France from 53.5 to 52.5, and in Italy from 50.1 to 50.0. So the mood in Europe is not the most joyful, and it is still unclear at the expense of what the industry will overcome the decline recorded last month. In the US, the index of business activity in the manufacturing sector rose from 54.7 to 55.6, which was the main driving force for further strengthening of the dollar. Also increased and construction costs, however, not by 0.5%, as predicted, but by only 0.1%.

Today, data on real estate prices in the UK, according to Nationwild, have already been released, which showed that their growth rates remained unchanged. Given the importance of the real estate market to determine the investment attractiveness of the British economy, as well as the difficulties with Brexit, such developments clearly do not add optimism to investors. Moreover, the index of business activity in the construction sector is expected to decline from 52.9 to 52.5. Of course, everyone is talking about rising inflation in Europe, but the prospects are quite vague, as the growth rate of producer prices should slow down from 4.0% to 3.8%. So it is unclear at the expense of what inflation will continue to grow. At the very end of the day, Jerome Powell will speak, which should once again confirm the intention to raise the refinancing rate in December and three more times next year. In addition, from 16.7 million to 16.8 million should increase sales of vehicles.

The euro/dollar currency pair has entered the range of 1,1510/1,1550, showing an active downward interest. It is likely to assume a rapprochement with the lower boundary of the level, where further follow a clear fixation beyond the borders. 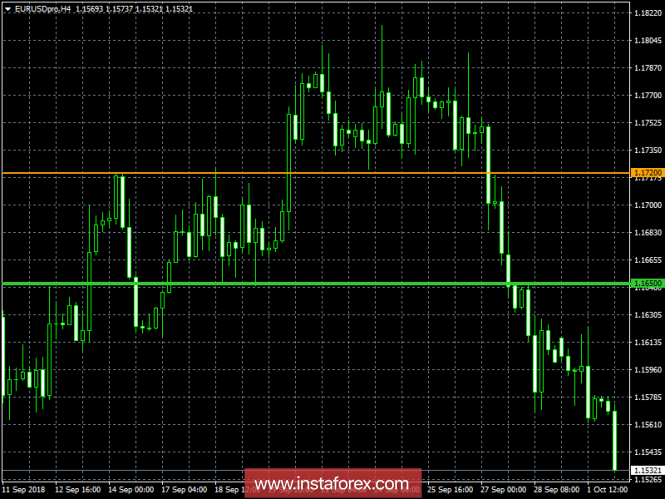 The pound/dollar currency pair, forming a downward movement, entered the main range level of 1.3000 / 1.3050, forming a bump inside it. It is likely to assume that the current mood is maintained, where traders should keep track of clear fixations outside the limits of the level. 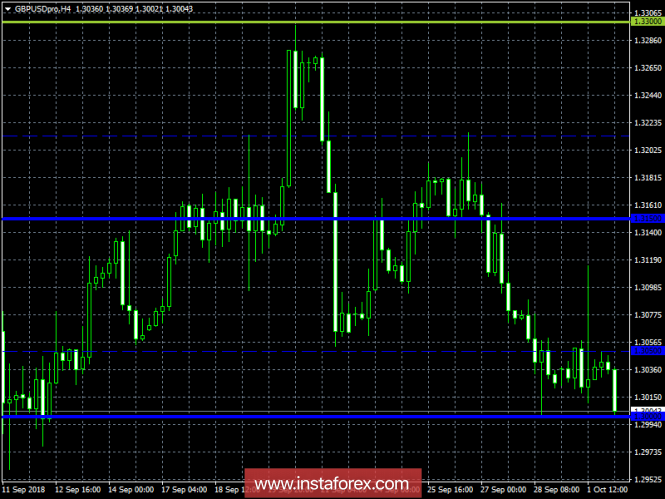