It seems that it is simply impossible to stop the dollar, and it confidently continues a victorious March. And this is despite the fact that the forecasts on the content of the report of the Ministry of Labor have been revised for the worse. Moreover, even when data on retail sales growth in Europe were released, which accelerated from 1.0% to 1.8%, market participants continued to sell the single European currency. This can be understood, since the tension caused by Italy and its budget deficit has not gone away. And in the UK, not everything is so clear with this thrice-damned Brexit. So no one has any confidence in how events will develop in the eurozone, and this has a negative impact on the single European currency and the pound. In addition, although the European services PMI rose from 54.4 to 54.7, the composite PMI declined from 54.5 to 54.1. And all this is due to the decline in industrial production. Data from the UK also could not please anyone, as the index of business activity in the services sector decreased from 54.3 to 53.9. And Theresa May at the Conservative party conference said something indistinct about the plan to secede from the European Union. From her words, it was extremely difficult to understand what conditions of interaction between the United Kingdom and the European Union would replace the current one.

The US statistics turned out to be quite positive. Thus, according to ADP, employment grew by 230 thousand against 163 thousand in the previous month. Moreover, they predicted growth of 185 thousand. However, the index of business activity in the service sector decreased from 54.8 to 53.5, but expected it to decline to 52.9. The picture is similar with the composite index of business activity, which was to be reduced from 54.7 to 53.4, and fell only to 53.9.

Today, data are released only in the US, and forecasts for them are multidirectional. Of course, the volume of production orders can show an increase of 2.1%, but the number of applications for unemployment benefits should increase by 3 thousand. The most important thing is that if the number of primary applications can be reduced by 1 thousand, the number of repeat applications should increase by 4 thousand and do not forget that tomorrow the report of the US Department of Labor will be published, the forecasts for which are quite sad. So the data on applications for unemployment benefits can be a reason for a rebound on the dollar.

The euro/dollar currency pair on the general background has managed to overcome the range level of 1,1510/ 1,1550, showing an active interest downwards. It is likely to assume that, near the primary point of support at 1,1440 the quotation will experience a temporary support, slowing down the quote for the rearrangement of trading forces. 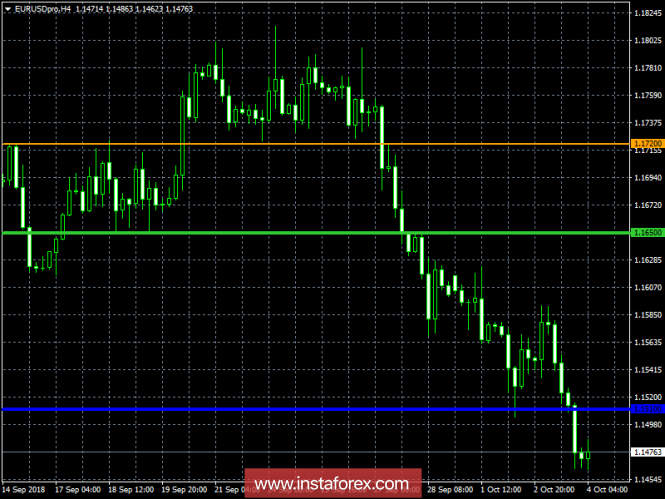 The pound/dollar currency pair continued its downward movement, overcoming the range level of 1.3000/1.3050. Likely to assume a slowdown in the framework of 1.2940/1.2980 due to the rearrangement of trading forces. 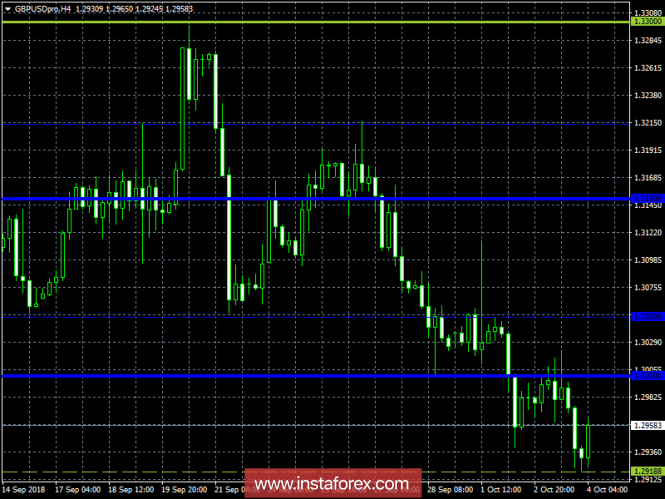