Yesterday, the market was relatively calm, and a slight strengthening of the dollar can be considered rather inertial. Although Europe continues the confusion about the Italian budget deficit, which has a negative impact on the single European currency. The fact is that the Italian government rejects the requirements of Brussels to amend the draft budget and does not intend to reduce its deficit to the level required by the rules of the European Union. So the conflict between Brussels and Rome continues, which will constantly irritate market participants, as it threatens with the growth of a full-fledged debt crisis in Europe. At the same time, the British data on the lending market also does not add optimism, since with an increase in consumer lending from 4.3 billion pounds to 4.7 billion pounds, the number of approved mortgage applications decreased from 66,101 to 65,269. Seeing this, it is strange that the dollar did not strengthen even more, but the American statistics itself prevented it. Of course, as expected, personal spending rose by 0.4%, which indicates an increase in consumer activity. However, personal incomes increased by only 0.2%, and such a strong gap with the growth rate of expenses rather indicates that even if inflation grows, it will not be sustainable.

Today, you can pay attention only to the preliminary data on the GDP of the euro area for the third quarter. The economic growth rate is expected to slow down from 2.1% to 1.8%, and such a noticeable cooling of the European economy in anticipation of Mario Draghi’s promised collapse of the quantitative easing program is increasingly convincing that the head of the European Central Bank will change his mind once again. However, as yesterday, the potential for strengthening the dollar is not so great, since, according to S&P / Case-Shiller, the growth rate of housing prices in the United States may slow down from 5.9% to 5.8%. Do not forget about the apparent overbought of the dollar.

The euro / dollar currency pair after the Friday pullback again tries to restore the downward movement, gradually going down to the value of 1.1360. It is likely to assume that the bearish mood will continue, wherein the case of fixation lower than 1.1360, it will return us to the local minimum of 1.1334. 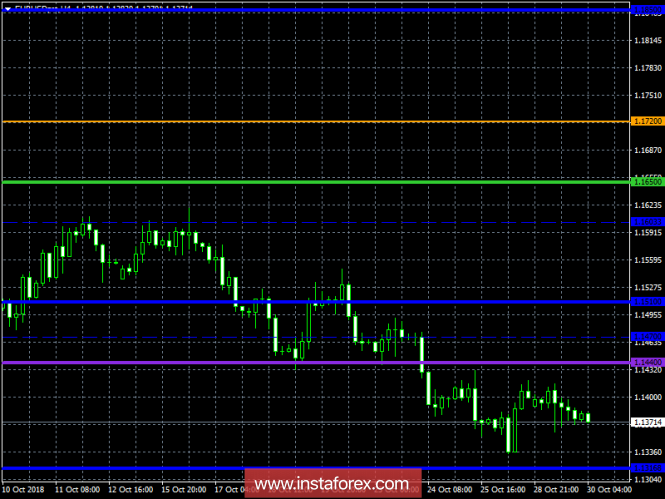 The currency pair Pound / Dollar rolled back for a while, but the downward interest prevails, as a result, returning the quotation to the level of 1.2770. It is likely to assume a wagging within the level of 1.2770, where it is worth tracking a clear fixation lower than 1.2760. 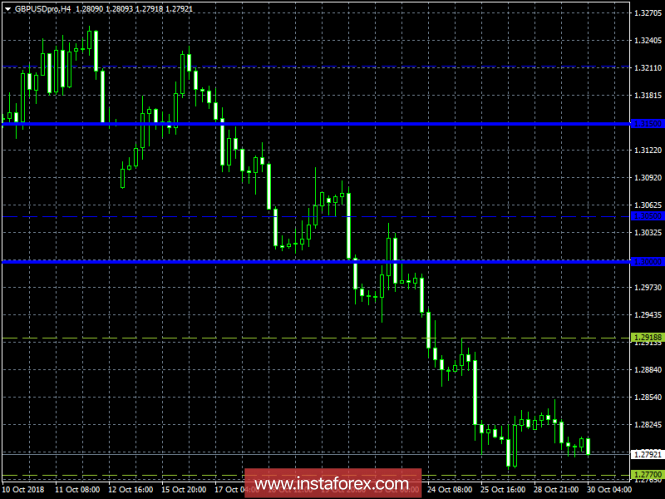