Yesterday, something happened that is extremely rare, the pound and the single European currency moved in completely different directions. At the same time, the growth of the pound was caused solely by political factors, since no macroeconomic data was available. The whole thing is in the notorious Brexit, since it was announced that at the beginning of the third decade of November, the United Kingdom and the European Union will sign the final version of the “divorce” agreement. Of course, there is still the question of adopting it in the English Parliament, where the majority of the votes belong to the political opponents of Theresa May, who are more likely to seek to discredit the Prime Minister. Her opponents constantly criticize her for the fact that the agreement is too soft or too hard, depending on the political preferences of the speakers. So it is possible that the agreement will be rejected by the British Parliament. However, investors are not yet ready to think about it, and they need a reason to even out the imbalances caused by excessive strengthening of the dollar. The statements that the agreement is about to be signed are quite satisfactory. After all, even a bad agreement is better than none.

With a single European currency, everything was somewhat different. To be honest, an agreement with the UK will be concluded or not, it will not affect the continent’s economy so much. The policy of the European Central Bank is much more concerned about market participants. And, it seems to be like, there is a reason for joy, since the preliminary inflation data showed its growth from 2.1% to 2.2%, so one can hope that Mario Draghi will keep his promise, and from next year, the quantitative easing program will become history. However, data on retail sales in Germany destroy all sorts of dreams, because their growth by 1.5% was replaced by a decline of 2.6%. This is in annual terms. We are talking about the largest euro area economy. So it does not matter that prices are rising, since consumer activity is declining at a much higher rate. Nevertheless, the fact of inflation growth, of course, is positive for the single European currency, and it allowed it to recover somewhat after the publication of retail sales data.

Frankly speaking, against the background of all these events, ADP data on employment in the United States passed almost unnoticed, which showed an increase of 227 thousand versus 218 thousand in the previous month. It was expected that the rate of employment growth would not increase, but decrease. This is on the threshold of tomorrow’s publication by the US Department of Labor, which may turn out to be even better than predicted.

Today in the United States, data on the number of applications for unemployment benefits will be published, and it is predicted that their number will remain virtually unchanged. The growth rate of labor productivity should slow down from 2.9% to 2.0%, but the market does not look at this indicator. The main event of the day will be the meeting of the Bank of England monetary policy board. Earlier, Mark Carney said in plain text that there would be no change in the monetary policy of the Bank of England until the UK secession from the European Union. However, taking into account what is happening, as well as a high probability of divorce without any trade agreement, which is an extremely tough option, promising the British economy a lot of problems, the regulator is expected to at least take some preemptive action. Let not today, but at least in the foreseeable future.

The euro / dollar currency pair, having reached the level of 1.1300, felt a periodic support in the form of support and went into the correction phase due to general overheating. Probably assume the move in the direction of 1.1380 – 1.1410. 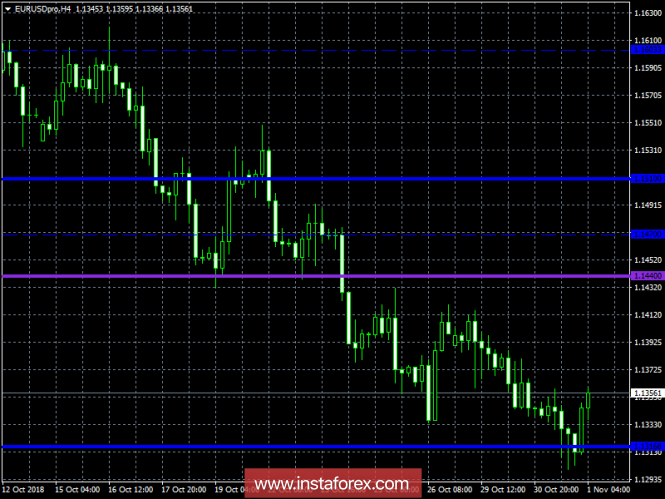 The currency pair pound / dollar entered the long-awaited correction phase after the descent up to 1.2693. It is likely to assume that already near the mark of 1.2900, we will see a slowdown, relative to which short positions may appear. 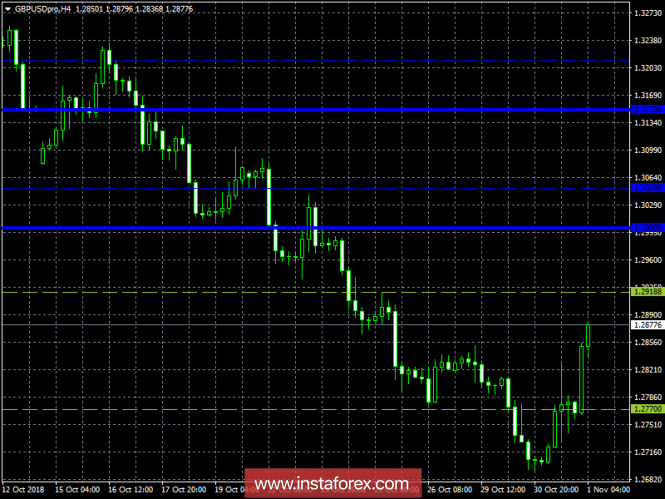