Yesterday’s performance of Mario Draghi pretty excited the market participants, which is perfectly apparent from the way the single European currency tried to demonstrate rapid growth. The head of the ECB said that he expects inflation to increase, thereby hinting that the program of quantitative easing is still curtailed. However, judging by how quickly the single European currency returned to the values on which it was before Mario Draghi’s speech, investors did not really believe his words. The fact is that all forecasts for inflation at best indicate that it will not decline. No one dreams of growth. Well, except Mario Draghi. So the next speech of the ECB head slightly impressed the market participants, especially as he did not give firm assurances that after December the program of quantitative easing will be curtailed. Well, there was no other news yesterday.

Today, the macroeconomic data is slightly better, as the data on housing prices in the United States, the growth rate of which may slow from 6.3% to 6.2%, which does not add joy in the run-up to tomorrow’s meeting of the Federal Commission on Open Market Operations. Also, do not forget about the media, actively spreading the rumor that the Fed will not raise the refinancing rate. So the mood today will be extremely cautious, and the dollar will be under pressure.

The EUR/USD currency pair is hovering around the band level of 1,1720/1,1750, forming the amplitude of 50-60 points. It will likely maintain the current mood, where traders take a waiting position on the eve of tomorrow. 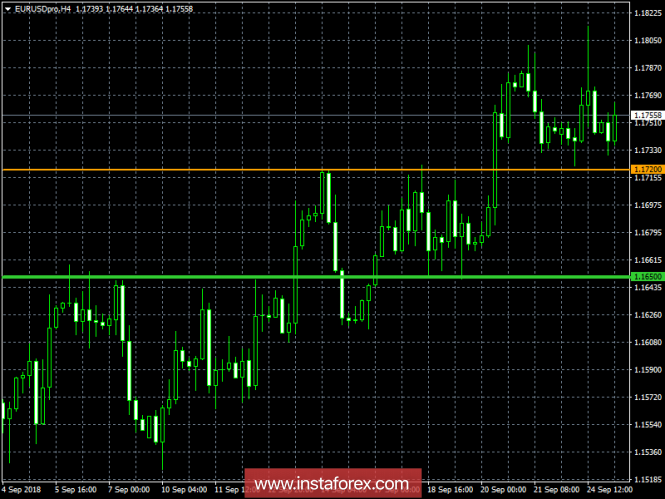 The pound/dollar currency pair, forming a pullback, approached the low-importance level of 1.3170, where it stopped the movement due to indecision, returning sellers to the market. Likely to assume a temporary fluctuation within the framework of 1,3100/1.3170. 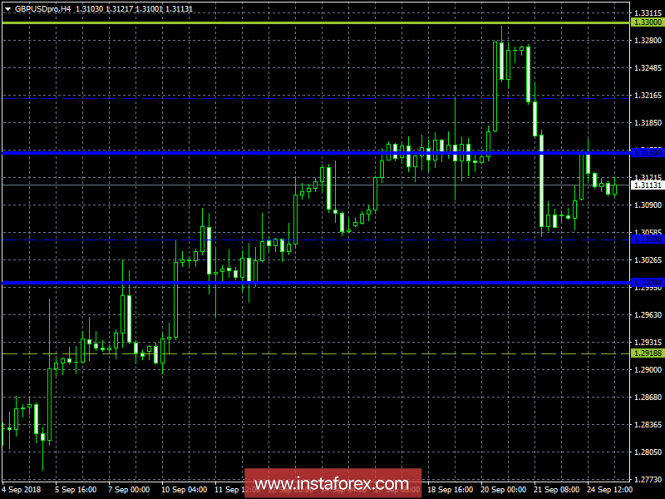