Yesterday, the dollar continued to lose its positions caused by the caution before the publication of the minutes of meeting of the Federal Commission for Open Market Operations and housing sales data in the secondary market, which declined by 0.7%. Earlier, sales were forecasted to increase by 0.6% but the data showed that they have been declining for four months in a row, which should obviously cause concern. However, the content of the minutes of the meeting of the Federal Commission for open market operations calmed the investors, as the Fed plans to raise the refinancing rate in September. This means that before the end of this year, the refinancing rate will be increased twice which was the reason for the dollar growth.

Today, preliminary data on business activity indices in Europe are published and expectations for them are optimistic. Although the business activity index in the manufacturing sector is projected to decrease from 55.1 to 55.0, while the service sector index may increase from 54.2 to 54.4, and given the much greater weight of the services sector, the composite index will increase from 54.3 up to 54.5. But it is much more important that the minutes of the ECB meeting on monetary policy will be published today. Given the continuing rise in inflation, as well as the assurances of ECB representatives, investors hope to see the confirmation that the quantitative easing program will no longer be extended. For the most part this has already been taken into account by the market, but one more confirmation will allow the single European currency to find new forces for growth.

Preliminary data on business activity indices are also coming out in the US, but the forecasts for them are not so comforting. Thus, the business activity index in the manufacturing sector should decrease from 55.3 to 55.0, while the service sector came in from 56.0 to 55.9, which will lead to a reduction in the composite index from 55.7 to 55.3. Also, the number of applications for unemployment benefits should increase by 13,000. The number of initial applications may increase by 3 thousand, and the number of repeated ones by 10 thousand. This generally indicates a weakening of the dollar, but the annual meeting today in Jackson-Hole starts. It is likely that investors will remain cautious waiting for any news. Moreover, there are hints that the US will not tighten trade barriers, at least with respect to Europe or even reduce them. But these are only speculation and rumors, so it’s better to wait for further details.

The euro/dollar currency pair shows an active upward interest and reached the value of 1.1621, where the zone of the periodic level is 1.1620 / 1.1650. It is possible to assume that the current rollback will go to the main range support levels of 1510 / 1,1550, where the positions will be considered relative. 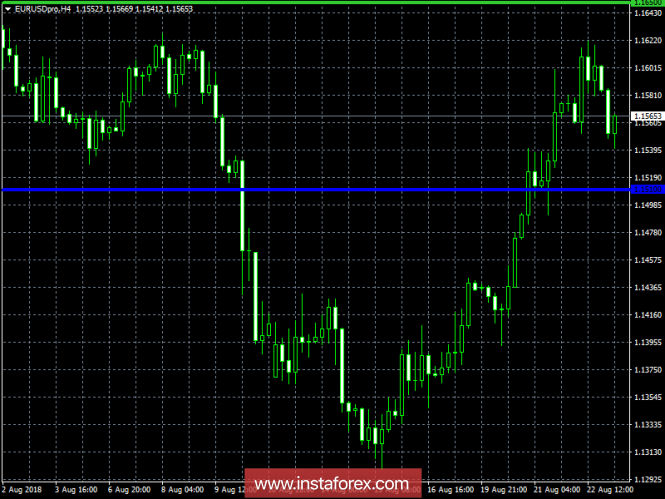 The pound / dollar currency pair continued its upward movement, but the pair felt the periodic ceiling at 1.2934 level, declining the quotation and forming a pullback. It is probable to assume a temporary fluctuation within the limits of 1.2860 / 1.2920, where it is worthwhile to track fixations beyond the borders. 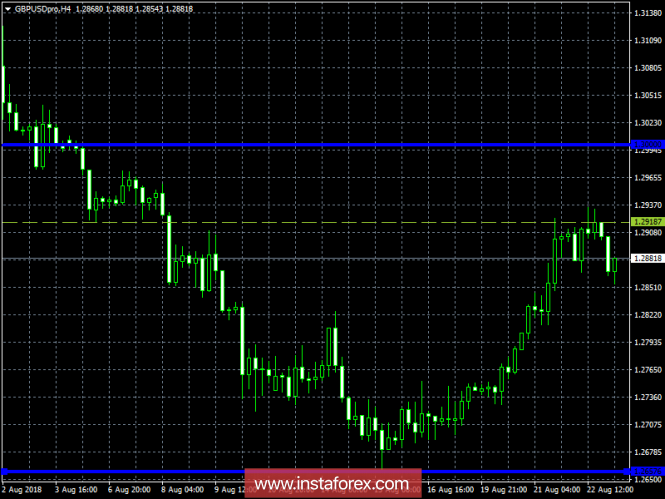