Unexpected yesterday’s statements by D. Trump in the media that he is not satisfied with the strengthening of the dollar, led to a local decline in national currencies, and the question arises: should we expect to continue its decline?

In our view, although Trump’s words were emotional, they contained an important aspect of the success of the post-crisis growth of the American economy, which was built and is still based on the fact that the availability of cheap loans helped the economy recover, and the current real interest rates are still at historically low levels positions. But at the same time, we must recognize that in the economy at the moment, there are processes of increasing inflationary pressures, which can not be overlooked. This means that if the Fed goes over the president’s account and stops raising interest rates, inflation may get out of control, and the economy can over-heat quickly over time, which will unequivocally lead to its stalling into a new recession.

In our opinion, the words of the American president should be taken as his opinion and as a verbal intervention. He himself actually initiated the process of strengthening the growth of the dollar with a new tax reform, as well as significant budgetary allocations to support the national commodity producer. Trade wars and against this background the actual creation of greenhouse conditions for the local commodity producer will support inflation. And if in this case the Fed goes on the occasion and stops raising the cost of borrowing, then the US economy in the future will have significant problems that will unambiguously due to its influence in the world spread to the world economy. Therefore, we believe that the regulator will not change its plans, and therefore we should not expect a radical change in the monetary policy.

As for today’s dynamics of the foreign exchange market, then, most likely, the overall lateral trend will continue. We continue to believe that it is possible to buy the US currency against the main currency at its local decline.

The currency pair EUR / USD is trading below the level of 1.1685. Probably, today it will remain in the range of 1.1580-1.1685. We consider the sales of the pair on growth from the upper boundary to the target level 1.1580 to be a priority. Although it is possible and a simple price reduction to this level.

The currency pair GBP / USD is trading below the 1.3035 level. There is a possibility of its fall to 1.2900 on the wave of lower expectations that the Bank of England will raise interest rates until the fall of this year. 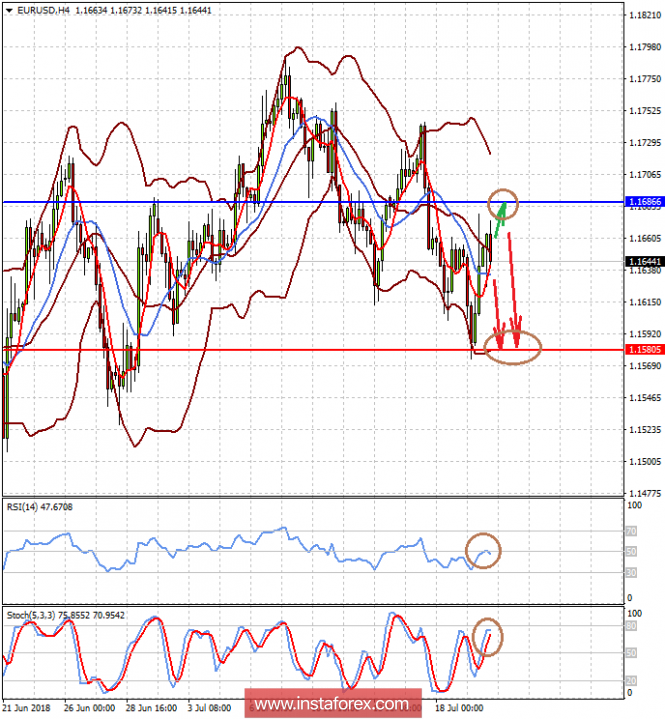 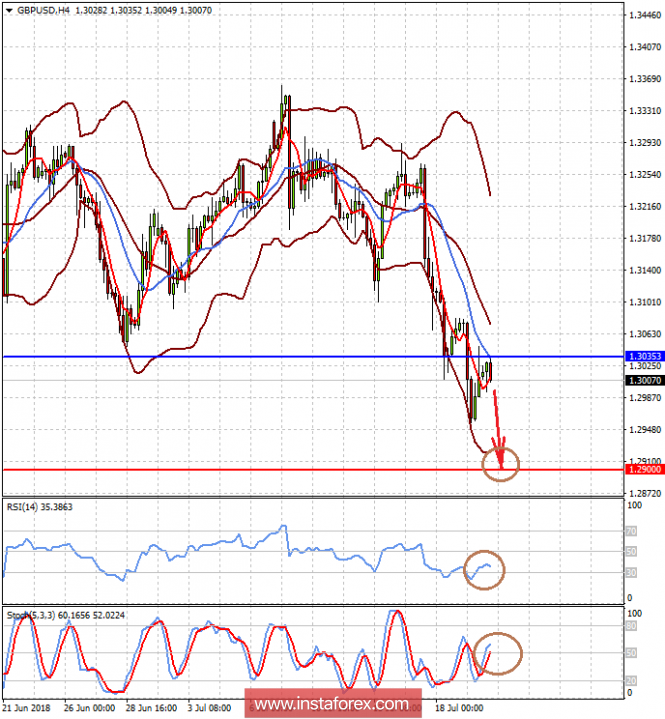