US and PRC, the battle of the Titans

The inability of the US and China to agree on trade duties puts the risk not only to the economies of the two largest economically developed countries, but also of the world economy.

The second day of negotiations between China and the US ended with new threats against each other and the announcement of “fresh” trade duties. All this indicates that America is still confident that it will be able to emerge victorious in the trade struggle, hoping for strong economic growth. At the same time, China seems to be confident that it will be able to withstand pressure. And while they are sure of this, the trade war will continue until one of them asks for mercy. This approach threatens that the growth of the world economy may be in question, and the US and China themselves will begin to experience a slowdown in their economies. But then it will be too late to negotiate, as the crisis phenomena can grow into something more serious and become a prologue to a new global economic downturn, which can be much harder and more destructive than it was in the last crisis of 2008-09.

The lack of positive in the negotiation process again supported the dollar, which is still in favor due to a clear signal from the Fed that interest rates will be raised at the meeting on September 26, most likely for the next 0.25%. According to the dynamics of futures on the rates for Federal funds, this probability is considered as 98.4%. We expect that the trade war and raising the cost of borrowing the Fed will support demand for the dollar.

Today, the market’s attention will be turned to the speech of J. Powell, the head of the Federal Reserve at the economic forum in Jackson Hole. It can be assumed that if he there once again expresses the need to raise rates, the rate of the US currency will continue its smooth growth against all major currencies without exception.

The EURUSD pair remains in a bearish short-term trend. Its inability to grow above the level of 1.1585 could lead to the fact that it will continue to decline first to 1.1500, and then, probably, to 1.1445.

The AUDUSD pair adjusted upwards on the background of profit taking. The absence of a positive outcome in the negotiations between the US and the PRC will lead to the pair continuing to decline to 0.7200. 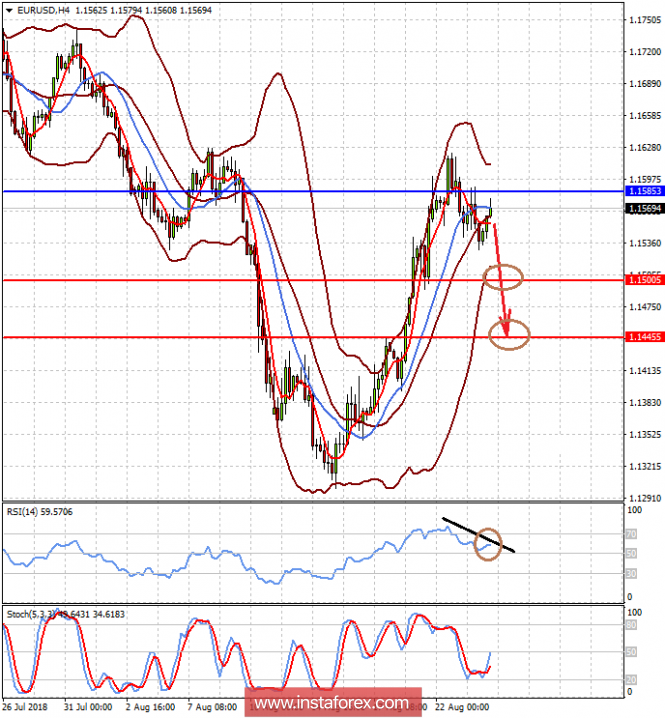 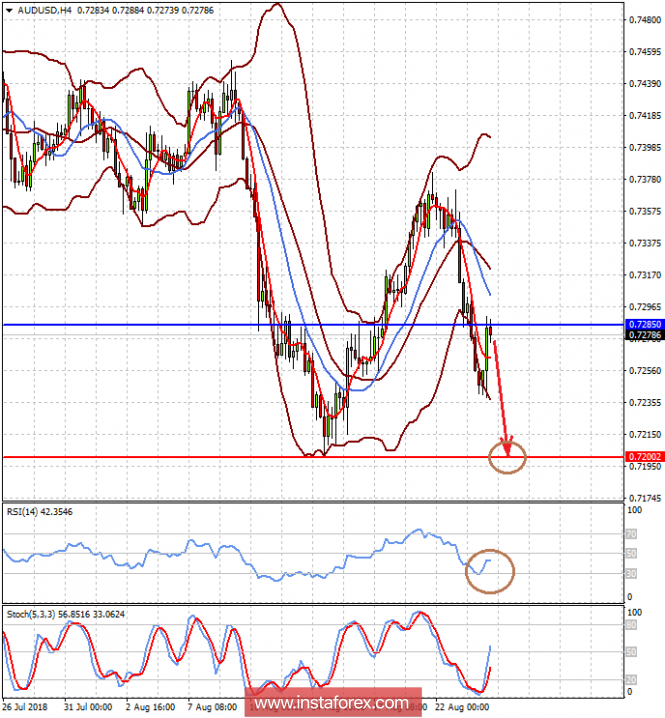