After a long period of pessimism and panic sentiment, cautious optimism is gradually returning to the foreign exchange market. Of course, at the moment, it’s too early to talk about any stability but a string of negative news has been replaced by more or less encouraging developments. All this exerts background pressure on the US dollar, which until recently enjoyed the status of a protective tool.

The main event of yesterday was the conclusion of a trade deal between the US and Mexico. This is the result of a long negotiation process, which was originally conceived to restart the North American Free Trade Agreement (NAFTA). However, Trump early in the summer initiated the creation of two separate contracts, with Canada and Mexico. Despite the fact that both countries rejected this proposal, representatives of the Mexican side during the past two months held bilateral talks with Washington. This dialogue ended successfully, although trilateral negotiations unsuccessfully lasted more than a year. Trump in the Oval Office made a public statement, indicating the mutually beneficial nature of the transaction, adding that the parties would renounce the name “NAFTA”. 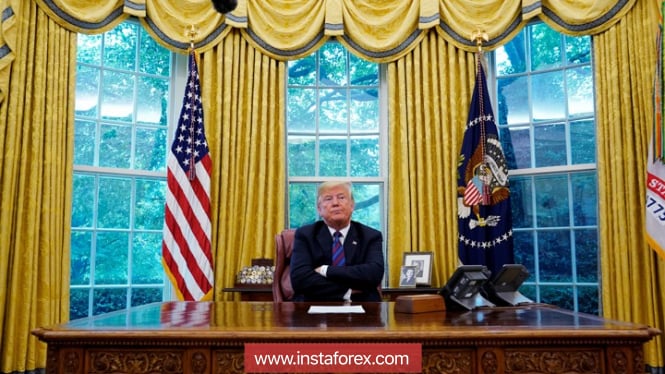 The Canadian dollar paired with the US currency initially reacted positively to this fact, breaking through the 30th figure and updating the multi-month lows (yesterday’s low at 1.2950). This reaction was expected, because Mexico (and the US) does not abandon the trilateral format of the agreement, and now Ottawa can join the concluded deal. But already today, traders of the pair USD / CAD have replaced enthusiastic optimism for cautious pessimism.

The fact is that the comments of the Canadian side were extremely restrained, a representative of the Canadian Foreign Ministry said that the country would agree to a deal only on terms that are advantageous for itself. This position Ottawa has maintained for the past year, while Trump considers favorable conditions for Canada unfair for the United States. It is unlikely that the Canadian side will radically change its mind, while the States “play long”, taking a wait-and-see attitude. On the other hand, Prime Minister of Canada Justin Trudeau yesterday in a conversation with the President of Mexico agreed with the trilateral format of the deal, for which already today the Canadian Foreign Minister arrived in Washington for talks. Than they will be crowned, it is not known, but, given the multi-month prehistory of this issue, there is not much chance of a breakthrough.

For this reason, the Canadian dollar pushed away from yesterday’s low and is still stuck in the flat. If Canada approves the proposed role in the trilateral transaction, it will be a clear breakthrough that will give the Canadians strong support throughout the market. After all, we must not forget that the Bank of Canada is on the path to normalizing monetary policy, and the latest releases of macroeconomic statistics have demonstrated the growth of Canadian inflation and the reduction of unemployment against the backdrop of rising oil prices. Therefore, the role of the trade deal with the US in this context is of great importance: it will allow the Canadian regulator to raise the rate again this year and consider a similar scenario for the next year.

Thus, the further movement of USD / CAD in many respects depends on the outcomes of the American-Canadian negotiations. The development of the southern trend is quite likely, especially as the US dollar index falls. This indicator continues to be within 94 points against the background of a change in the general fundamental background. The market was inspired by yesterday’s agreements and “quiet” talks between Washington and China. Donald Trump, by the way, recently confirmed that the Chinese initiated a further dialogue. And although the president was skeptical about this idea, at the same time he expressed confidence that sooner or later the parties will manage to come to an agreement. Against the background of other events, this rhetoric also had a definite impact on the market.

Now, a few words about the technique of USD / CAD. In general, the technical picture has not changed since yesterday, the pair has only reached the lower limit of the price range, somewhat “broadening” it. On the daily chart, the price is still between the middle and bottom lines of the Bollinger Bands indicator and under all lines of the indicator Ichimoku Kinko Hyo, which formed a bearish signal “Line Parade”.

Yesterday’s low of 1.2950 is not a support level. They are the bottom line Bollinger Bands on D1, which now corresponds to the level of 1.2935. This target is the nearby goal of the southern movement, but at the same time, an intermediate barrier. The main goal is below, namely in the area of the 28th figure. If the pair secures in this price range, bears will open their own way for a larger decline. However, much depends on the fundamental background, namely the prospects for Canada’s participation in the new trade agreement.