USD / CAD. Why is a Canadian cheaper?

The growth of the USD/CAD pair looks unnatural, given the current fundamental background for the Canadian. Experts are trying to “justify” the northern impulse of indirect factors of the pair that are associated with the emerging concerns about the prospects for the monetary policy of the Canadian Central Bank. In my opinion, the weakness of the “loonie” is due to a variety of reasons, starting from the slowdown in manufacturing activity in Canada and the ambiguous USMCA perspective, ending with the dominance of the US currency throughout the market.

As you know, in late September, the market was stunned by the news that Washington and Ottawa reached a compromise in trade negotiations that lasted more than two years. The surprise factor did its job, resulting for the pair to collapsed by almost 300 points in two days. Of course, such a movement was fully justified. Just a few days before Trump lashed out at his colleague Trudeau for “intractability”, threatening to also impose duties on the import of cars from Canada. Therefore, when traders learned about the draft of the new USMCA agreement, the reaction was appropriate, the Canadian had significantly strengthened throughout the market but not for long. At the beginning of October, the USD/CAD pair pushed off from the lows of 1.2780 and began to gain momentum, bargaining at the moment at the borders of the 30th figure. Why did it happen? 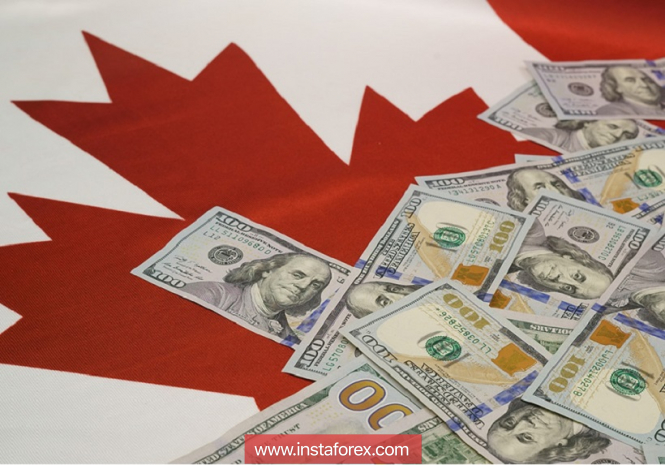 First, the emotional reaction was replaced by a “sober” understanding of what is happening. It turned out that the text of the proposed agreement was not seen by any of the market participants. It is believed that the agreement reached was not codified. The market was contented with only scanty statements from Canadian and US officials and insider leaks, the plausibility of which can be questioned. It is expected that the text of the transaction will be published either on the eve of the Big Twenty Summit in Argentina (November 29) or immediately after its signing.

This level of “secrecy” somewhat alerted market participants, since, according to unofficial information, many USMCA positions were agreed on the terms of the White House. Representatives of the Canadian dairy industry are already expressing their dissatisfaction with such prospects. According to the information of journalists, the new deal provides for expanding the access of American milkmen to the Canadian market. Justin Trudeau has already announced the development of countermeasures but this fact is a weak consolation for Canadians. According to their calculations, the concessions on the part of Ottawa will provoke a significant decrease in domestic milk production, which will subsequently lead to a loss of the industry for an estimated amount of 1.6 billion US dollars.

Another cause for concern is the information that the US imposed on Canada and Mexico restriction of trade with China. According to the US Secretary of Commerce, the USMCA contract includes a clause according to which its participants do not have the right to enter into trade transactions with countries “with a non-market economy.” Otherwise, the other two participating countries may withdraw from the agreement (with a semi-annual time gap), while concluding a bilateral deal.

Naturally, the definition of “a country with a non-market economy” does not only fall on the PRC but given the relations between Washington and Beijing, this subtext is obvious. In other words, the information noise that has arisen around the USMCA before it is signed puts pressure on the Canadian. The market accepts the option that Trudeau will not withstand political pressure (in the run-up to parliamentary elections next year) and will try to change key points of the agreement, causing a negative reaction from the White House. Although such a scenario is unlikely, traders do not exclude it. Moreover, this fact pushes the USD/CAD pair up. Even good data on the labor market in Canada could not slow down the northern impulse of the loonie. Although unemployment fell to 5.9%, and the increase in employment in the non-agricultural sector was 63 thousand (the maximum rate since November last year). However, traders ignored this fact, focusing on related indicators.

For example, the growth rate of average hourly wages was disappointing, raising concerns about the dynamics of consumer spending. In addition, experts drew attention to the fact that the decline in unemployment occurred mainly due to underemployment. All these factors could go unnoticed, but the market was inclined to “see” only the weaknesses of the release.

In general, the above circumstances forced traders to doubt that the Bank of Canada to raise the interest rate on October 24, despite such probability was talked about seriously right after the news of the creation of the USMCA. Low production activity, as well as the ambiguous situation in the Canadian real estate market, may affect the determination of the members of the regulator. In particular, the Debt-To-Income Ratio ratio (“debt-income”) in Canada has already exceeded 160%. According to this indicator, Canadians are the leaders among all countries of the world. Therefore, the thesis that the increase in interest rates in the framework of this year did not affect the life of Canadians is not entirely objective. This factor may also be the subject of discussion at the October meeting of the Bank of Canada.

Thus, doubts have arisen that the Canadian regulator will decide on one more rate increase before the end of this year, which will increase the pressure on the Canadian dollar despite the dynamics of the oil market. At the moment, the pair is already testing the 1.30 mark. Although the main resistance levels are slightly higher at 1.3010 (the lower boundary of the Kumo cloud on the daily chart) and 1.3090, as the upper line of the Bollinger Bands on the same timeframe. When the second resistance level with purchases is reached, one should be especially careful. A southern correction is likely to form from this level.