In the first days of the trading week, the economic calendar of the foreign exchange market does not indulge traders with important statistics. Only on Wednesday and Thursday, there will be really significant reports. In Britain, they will publish data on GDP growth, and in the USA, the producer price index and the consumer price index. In the meantime, dollar pairs are forced to focus on the external fundamental background, discussing in passing the events of last week. The current situation provides support for the dollar index, which was entrenched in the middle of 95 points, also prompted by the increased yield of 10-year treasuries. The remaining currencies of the “major group” feel not so confident.

Even with the status of a defensive instrument, even the Japanese yen did not withstand the onslaught of dollar bulls. The currency pair USD / JPY pushed off the support level of 112.90 (the Bollinger Bands line on D1) a second time in a day, and headed in the opposite direction. On the whole, the situation with the pair is rather ambiguous. The Japanese currency is in demand against the background of tense relations between Washington and Beijing, as well as the budgetary “epic” in Italy. The dollar, in turn, does not lose its attractiveness due to the hawk sentiment in the Fed’s camp. Such a confrontation between fundamental factors leads to increased volatility of USD / JPY, and the risk of impulse movements is quite high. 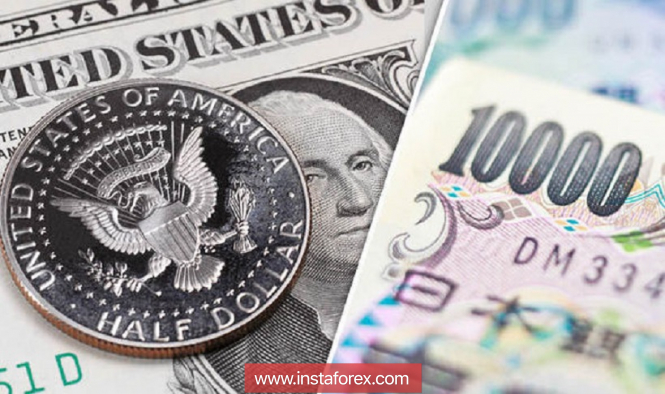 I recall that on Monday, US Secretary of State Michael Pompeo arrived on a visit to China, but no detente on the results of this voyage occurred. On the contrary, the parties exchanged mutual reproaches, veiled and transparent threats, hinting at the aggravation of the trade war in the near future. As a rule, such visits (especially at such a high level) carry a constructive and at least minimal “thaw” in relations, but this time, everything went differently. The meeting was held in an atmosphere of mutual and undisguised discontent.

Moreover, Beijing’s claims were not only economic in nature. China was irritated by Washington’s actions against Taiwan (in particular, the sale of weapons), stating that with such actions, the States interfere in the internal affairs of the Chinese state. In turn, US Vice President Mike Pence voiced similar accusations in the context of the upcoming congressional elections. He recently said that the Chinese are trying to reduce the result of Republicans in the elections (though not specifying how), and in the White House, they would like to see a “weaker president than Donald Trump”.

Thus, the visit of the US Secretary of State to China made it clear that in the near future, the situation on the front of a trade war can only change for the worse. Trump recently announced that he is ready to proceed to the next, third in a row, phase of applying “protective measures” if the Chinese resort to retaliatory measures. Beijing, in turn, assured the Americans that such countermeasures would be taken without fail. In other words, to be continued.

Events in Italy are also worrying, causing the demand for defensive assets. As some experts warn, the inability of Brussels to reach a compromise with Rome in the budget issue will provoke a large-scale financial crisis, which will also be aggravated by the political crisis and the growth of anti-European sentiment. Italian Minister for European Affairs Paolo Savona said that at the moment, the members of the current government have no intention of leaving the Alliance. However, in the case of forced re-elections, the most radical political forces on this issue may come to power. It is difficult to say whether Rome will achieve its goal with the help of such a kind of “blackmail”, but at the moment, the situation remains unresolved. Against this background, the decline in Italian assets intensified, and the yield of Italian government securities increased significantly, putting pressure on the euro. The parties cannot resolve the budget issue for several weeks, so it is no longer local, given the possible consequences. And one of the beneficiaries of the current situation is the yen against the background of a general risk aversion.

But if the Japanese currency in cross-pairs now has an indisputable advantage, then in tandem with the dollar, the yen is not behaving so confidently. The probability of raising the Fed rate to 2.5% at the December meeting now stands at more than 80 percent, and the probability of raising to 2.75% at the Fed meeting in March is 54%. Jerome Powell’s hawkish rhetoric gave impetus to the growth of the US currency, and now, the greenback is holding its positions “by inertia”, spurred on by the record yield of 10-year treasuries (3.252%, the maximum result since April 2011).

Such an ambiguous fundamental background of USD / JPY forces us to resort to technical analysis in order to understand the scope of price ranges. Thus, on the daily chart, the pair is between the middle and upper lines of the Bollinger Bands indicator, but between the Tenkan-sen and Kijun-sen lines. This means that at the moment, the priority is for the northern movement, but this combination is not enough to open positions.