Washington maneuvers, wanting to keep everything

After Wednesday, the US Vice President Mike Pence made it clear that he would come out with harsh criticism of China because he allegedly interfered in the presidential election. Once again, they promised Washington today through caricature, stating their desire to shorten the negotiation process on customs duties and the Americans believe that the success of negotiations between them, should be used as a model by Mexico and Canada.

We indicated immediately after the news of the signing of the agreement, the fact that Washington can use this achievement as a model. But the question arises: will China stand it? We have doubts about this. We believe that the Chinese will bravely fight for their interests, so for now, we should not hope that the main trade war on the planet will end in the near future, as long as the parties have not found a point of contact for reaching a compromise. Based on this, we believe that commodity currencies – the Australian and New Zealand dollars – will remain under pressure, and general concerns over the growth prospects of the world economy will support the dollar as a currency of refuge. In addition, the process of raising interest rates by the Fed will be a good complement to this picture.

Today, market attention will be focused on the publication of data on employment in the United States. It is expected that the growth of new jobs in the American economy will be 185,000 in September against 201,000 in August, according to the consensus forecast. It is also assumed that the unemployment rate will drop to 3.8% from 3.9%.

It can be assumed that if the data does not disappoint, then there will be a good reason for the US dollar to have a local growth against the major currencies.

The EUR/USD pair is trading below 1.1520. It is under pressure from the economic situation in Greece, which could lead to a resumption of a serious debt crisis in the region. Positive news from the US in terms of the number of new jobs may trigger a price decline to 1.1400. 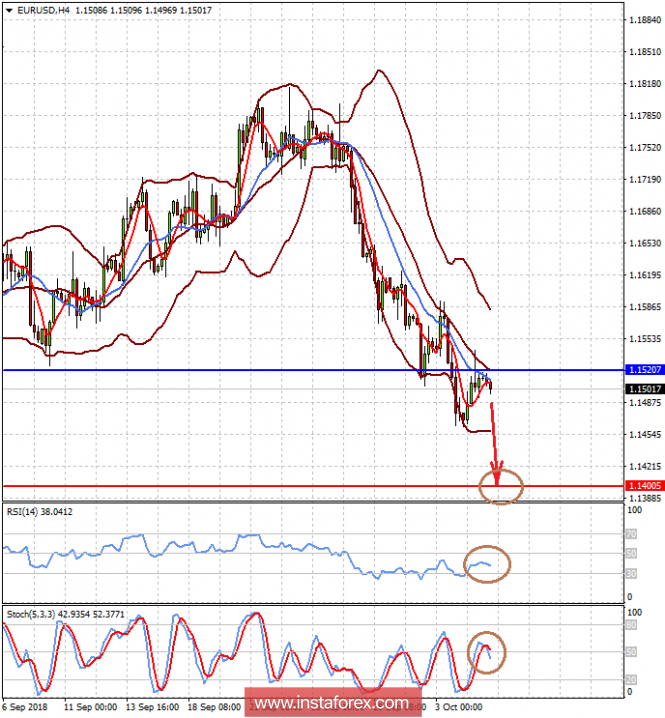 The AUD/USD pair is trading below 0.7085. It remains under pressure amid the lack of agreement on the terms of trade between the United States and China. Positive data on employment in the US will have a local pressure on the pair, which may fall to 0.7000 or even lower to 0.6965. 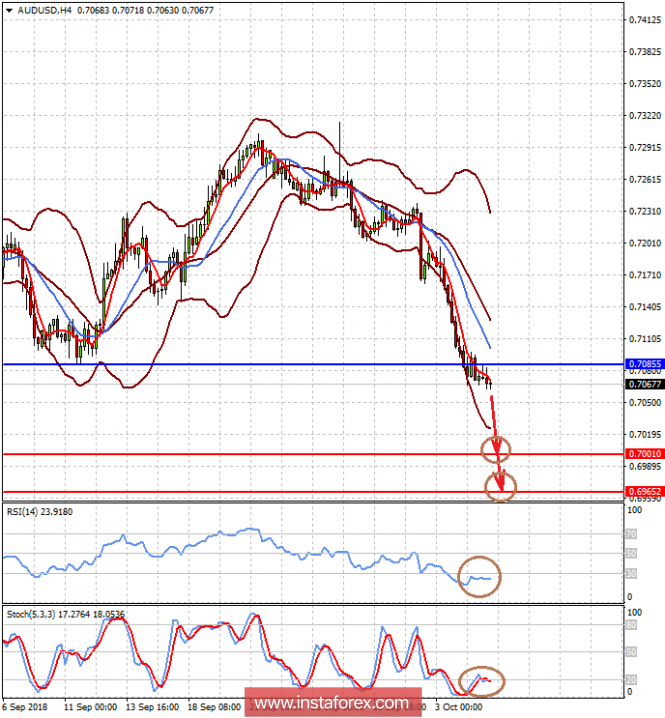