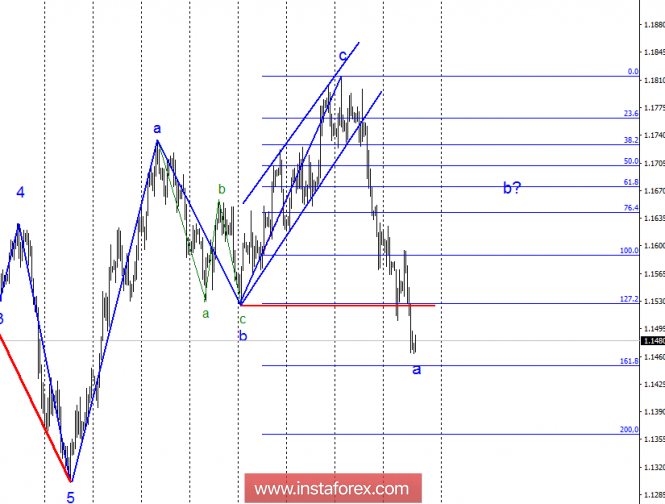 During the Wednesday’s trading, the EUR / USD currency pair lost another 70 percentage points more. Thus, it confirms the option in which the instrument moved to the stage of building a new downtrend trend, at least a three-wave one. If this is true, then in the near future, the pair should proceed to the construction of a correctional wave b. It should also be noted that there remains a rather high probability that the current decline is the wave b of the corrective uptrend of the trend originating from August 15.

The currency pair continues to build a downward wave. In general, the wave pattern is now ambiguous, and the entire trend section after August 15 may take a more complex form. But now, in any case, a transition is expected to rise in the pair. Either within the wave b of the downward trend segment, or within the upward wave. However, since the attempt to break through the mark of 127.2% according to Fibonacci was successful, the descending wave may take an even longer view, and we will need a new signal about its possible completion.