Wave analysis of EUR / USD for October 8. NonFarm Payrolls did not help building wave b 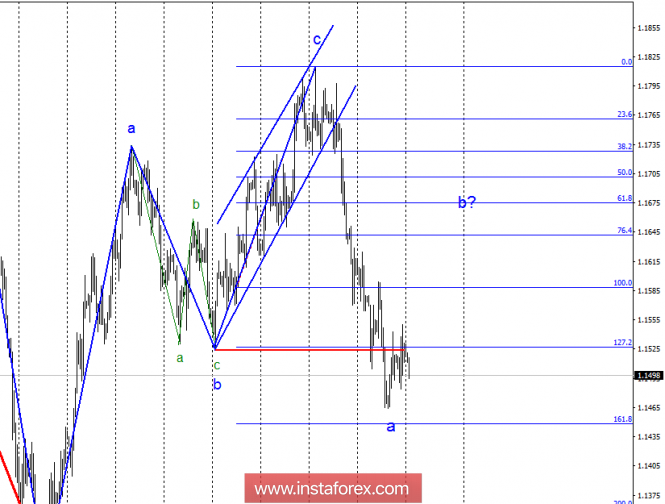 During the Friday’s trading, the EUR / USD currency pair added just a few base points. Thus, the pair does not move far from the previously reached lows. From this, it follows that wave a can take an even longer form and continue its construction in the direction of the Fibonacci level of 161.8%. At the same time, while wave a is considered to be completed, it is expected to build an upward wave b with targets located near the Fibonacci levels of 100.0% and 76.4%

The currency pair supposedly completed the construction of wave a. In general, the wave pattern is not completely unambiguous at the moment. The trend section after August 15 may take a more complex look. But now, in any case, it is expected to build an upward wave, either b of a new downtrend trend, or a, c, an upward one starting on August 15. News on NonFarm Payrolls on Friday did not contribute much to the growth of the pair, which leads to the conclusion that the fundamental component and market sentiment are now on the dollar side.