Wave analysis of EUR / USD for September 19. The wave pattern does not clear up 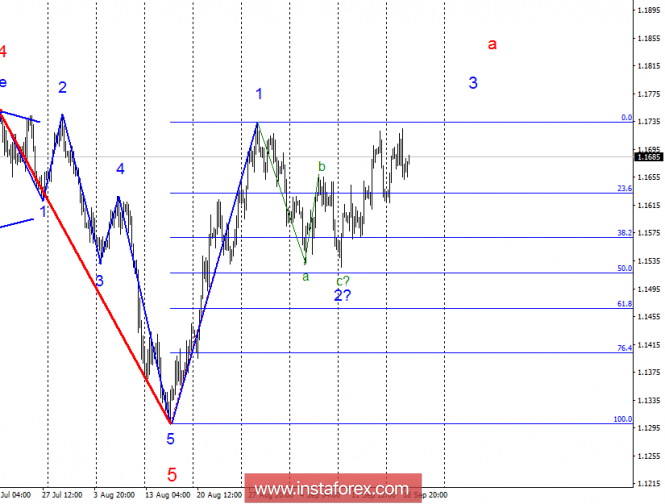 During the trades on Tuesday, the currency pair EUR / USD lost about 20 percentage points. The wave pattern on the instrument has not changed at all in recent days. Attempts to break through the level of 0.0% on Fibonacci was not, thus, doubts about further increases in quotations are available. Although proceeding from the current wave counting, it is precisely the increase within wave 3, a. The reserve option remains the complication of the trend section, which starts on August 28, with the pair falling to figure 15.

The currency pair presumably remains in the stage of constructing wave 3, a, but the wave pattern continues to get entangled. The rise in quotations may continue within wave 3 with targets near the estimated mark of 1.1733, which corresponds to 0.0% of Fibonacci. A successful attempt to break this mark will confirm the pair’s readiness for further growth and the correctness of the current wave counting.