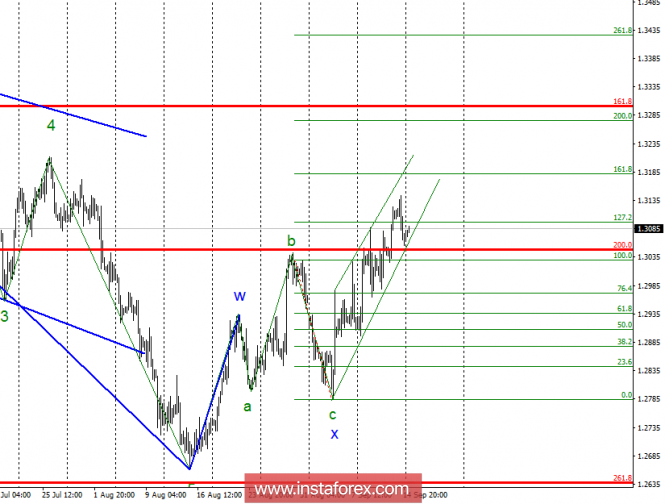 During the trades on September 14, the GBP / USD currency pair lost several tens of percentage points, but remained within the framework of the upward wave. The wave pattern on the instrument has undergone certain changes, and the entire area after August 15 has been transformed into complex correctional structures. Based on the new wave counting, we can expect the pair to continue growing within the framework of the third wave of the correctional structure, which is already getting quite complicated in its internal wave structure. The diagonal triangle is not yet complete, the lower forming line supports the prospect of increasing quotations.

The currency pair GBP / USD continues to be in a stage of uncertainty. The third wave of the upward trend segment, which began on August 15, continues its construction with targets near the calculated marks of 1.3181 and 1.3275, which corresponds to 161.8% and 200.0% of Fibonacci. However, this wave can end at any time. Thus, with purchases, you should be careful. Sales of the pair so far I do not recommend because of the ambiguity of the wave pattern.