Wave analysis of GBP / USD for September 19. The rising wave is nearing completion 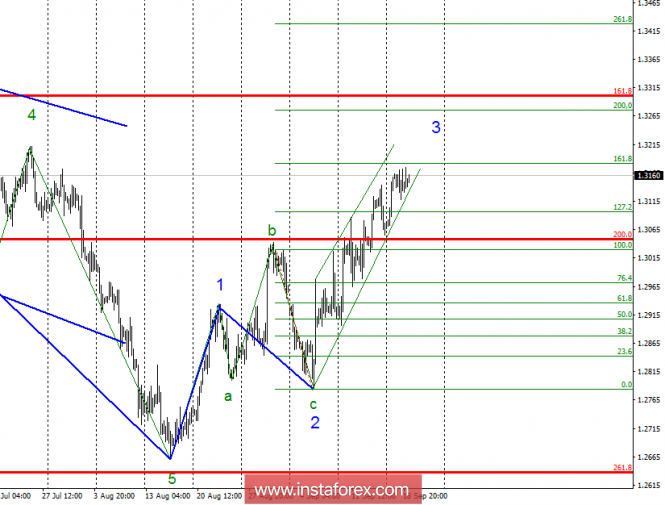 During the trades on September 18, the GBP / USD currency pair lost just a few points and as a whole, remains in the stage of constructing the supposed third wave of the new upward trend section. The completion of the construction of this wave is still expected, and the section of the trend, which starts on August 15, can take a complex and non-standard form. The breakthrough of the lower generatrix, the rising corridor of the line, will indicate the pair’s readiness to build a downward wave. An unsuccessful attempt to break through the level of 161.8% on a small Fibonacci grid may lead to the withdrawal of quotations from the peaks reached.

The GBP / USD currency pair continues to be in a stage of some uncertainty. The third wave continues its construction with targets located near the calculated marks of 1.3181 and 1.3275, which corresponds to 161.8% and 200.0% of Fibonacci. I recommend staying in the stores with these goals. However, this wave can complete its construction near the designated marks, so new purchases are risky.