Wave analysis of GBP / USD for September 21. New resistance for the pound sterling 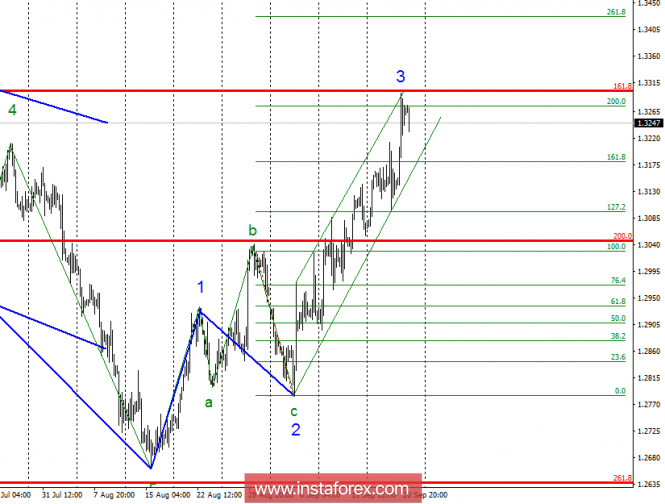 During the trades on September 20, the GBP / USD currency pair added about 130 percentage points and continued, thus, the construction of the proposed wave 3 of a new uptrend section of the trend. A failed attempt to break the 200.0% Fibonacci level pushes the idea of the tool’s willingness to construct a downward correction wave. The pair also found strong resistance in the form of a level of 161.8% in the senior Fibonacci grid. A successful attempt to break through the level of 161.8% will lead to a new growth of the British pound sterling.

The currency pair GBP / USD resumed the construction of the third wave. A failed breakthrough attempt at 1.3275 could push the pair down a little, but in general, the whole wave 3 can get even more extended. Thus, a successful attempt to break through 1.3275 will allow to buy again the pair with the targets that are near the calculated mark of 1.3426, which corresponds to 261.8% of Fibonacci.