The dollar on Thursday was adjusted against all major world currencies, except the yen. The immediate reason for the correction is the decline in global risks, which is reflected not only in the recovery of developing countries’ currencies and raw material prices, but also in the rather unexpected growth of gold, which can be regarded as a reaction to a weakening dollar.

Markets suddenly realized that the strength of the US economy can be greatly exaggerated. Consumer demand is supported by the growth of lending, while the savings rate has been stable for the past three years, that is, a robust job market recovery has not led to increased financial stability. 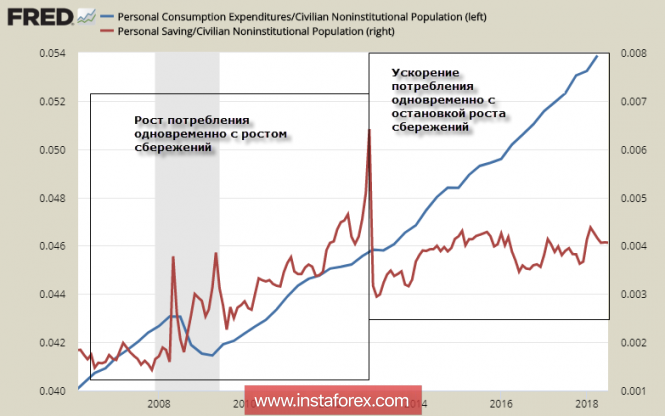 While the markets do not doubt that the Fed will raise the rate twice this year, the question is whether the US economy will withstand tightening of monetary policy, and whether the recession will slip even before the growth cycle completed.

The dollar on Friday will be under pressure, the drop could stall if Markit in preliminary data for September shows an increase in business activity.

The euro is enthusiastic after Peter Praet, chief economist at the ECB, made an unexpected statement, pointing out that a robust wage growth in the euro zone gives the regulator the right to consider a moderate rate of the rate hike that could begin implementation after the first increase next year.

Supports the euro and the non-standard reaction of the market to the results of the NBS meeting, which has kept the stimulating monetary policy unchanged. The yield of the 10-year state bonds of Switzerland was a plus before the meeting, however, without getting the expected confirmation of the probability of a change in the economic course, it does not hurry to fall, which may mean the growing confidence of the market that the preservation of the current stimulating policy of the NBS will not last long.

The currency pair EUR / USD has overcome the resistance level of 1.1733, the upward momentum is still strong, which gives grounds for expecting continued growth. During the day, a successful test of 1.1850 is possible.

Contrary to fears, retail prices showed good growth in August, slightly worsening the figures for July, but exceeding forecasts. On an annual basis, growth was 3.3% vs. a forecast of 2.3%, concerns about the fundamental nature of the slowdown in consumer inflation are not yet confirmed, which has a stimulating effect on the pound. 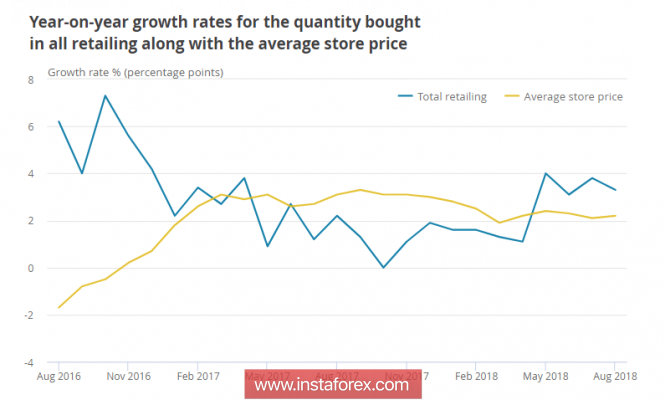 Negotiations between the European Union and Britain on the issue of the latter’s exit from the EU have not yet yielded a positive result. The head of the European Commission Jean-Claude Juncker said after the meeting, despite the fact that he hopes to conclude a deal in October, the EU is ready for a scenario in which the deal will not take place. In turn, the British Foreign Secretary Philip Hammond asked the EU leadership to help create an emergency plan of action in case the exit is really tough.

The pound, using the weakness of the dollar, will continue to grow with a high probability. To overcome 1.3292 with the first attempt failed. Today, more successful attempt is possible, after which the target will move to the level of 1.3362.

The US president, realizing the powerlessness to force the OPEC countries + to change the policy of regulating the level of production in accordance with demand, began to blackmail OPEC countries with military force yesterday. The decline in oil quotations was short-term, oil traded near the highs in anticipation of the meeting of OPEC + in Algeria on September 23, at which decisions on increasing production and redistributing quotas are possible. Until new data appear, strong oil movements are unlikely.

The ruble did not react to another expansion of sanctions against Russia, since such steps have long been taken into account by the market as inevitable. No changes in Russia’s foreign or domestic policies will lead to a weakening of sanctions pressure on the Russian economy. The decision of the Central Bank to suspend purchases of currency before the end of 2018 contributes to the strengthening of the ruble, and the growth rate of the economy and a positive trade balance are sufficient for the formation of a surplus budget and the growth of gold and foreign exchange reserves. The ruble is trading near the level of 66.20, it is possible to return to the range of 65 … 66 rubles / dollar.