Weekly review of the foreign exchange market as of July 23, 2018

Almost the whole of the past week, the dollar continued to strengthen, and if a week earlier, the main driver of its growth was the political statements of Donald Trump, this time much more contribution was made by statistical data. However, at the very end of the week, Donald trump has put his hand to the weakening of the dollar. So politics again interfered in the natural course of things. It is interesting that at the end of the week only the single European currency was able to improve its position against the dollar. The pound failed to win back the fall of the beginning of the week.

The fun began with a speech by Jerome Powell, during which he expressed his disagreement with the White House’s customs policy. In his opinion, international trade should not be hindered, and the increase in customs duties only creates new barriers. Thus, the head of the Fed joined his colleagues from the ECB and The Bank of England, and also touched on the topic of trade wars. But unlike the single European currency and the pound, the dollar strengthened after that. The fact is that both Mario Draghi and Mark Carney, after mentioning the trade war, are immediately pressed about the inexpediency of raising the refinancing rate or seriously hint at the extension of the program of quantitative easing. Representatives of the Bank of England have recently announced the possibility of resuming their quantitative easing program. So, while the ECB and the Bank of England continue to remain in the ostrich’s favorite position, the Fed does not intend to revise its plans to tighten monetary policy.

Another important event of the beginning of the week was the meeting of Donald Trump and Vladimir Putin. But the meeting of the leaders of the world’s largest nuclear powers is not so important for the financial world. The very next day Donald Trump on his return to the United States almost renounced all the words he said during a joint press conference with Vladimir Putin.

But at the very end of the week, Donald Trump gave out his next pearl, which led to the weakening of the dollar. The owner of the White House appears to have taken offense at the words of Jerome Powell about his efforts for the benefit of the American people, and said that he did not understand what the Fed is doing. For instance, they do not make enough effort to make America great again. Market participants regarded this as interference by the White House in the Fed’s policy, which is not only prohibited by law, but also does not bode well for investors. If the policy pursued by the Fed is influenced by Donald Trump, which is not particularly predictable, then there can be no question of any investment planning.

But, in addition to politics, there were also data that reflect the real situation in the economy of certain countries, and it explains why the pound could not win back its losses in the first half of the week, even after Donald Trump launched an attack on the Fed. The fact is that the British statistics was simply terrible. So, although the unemployment rate remained unchanged, but the number of applications for unemployment benefits increased by 7.8 thousand moreover, the rate of growth of average wages slowed from 2.8% to 2.7%. But this does not include premiums, and taking into account the premiums, the growth rate of average wages slowed from 2.6% to 2.5%. Against the background of the slowdown in wage growth, inflation did not rise, but remained the same, which finally killed any hope that the Bank of England will be able to raise the refinancing rate, at least in the foreseeable future. Well, the pound finished off the data on retail sales, the growth rate of which slowed from 4.1% to 2.9%. So in the UK, wages and retail sales are falling, and inflation remains unchanged, and in such circumstances, to talk about the return on investment is quite stupid.

The single European currency was able to fully recover the losses of the beginning of the week, and even slightly improve its position due to the fact that there was quite little data. In fact, we are talking only about inflation, which, as expected, rose from 1.9% to 2.0%.

However, the US data were extremely ambiguous. On the one hand, the growth rate of retail sales accelerated from 6.5% to 6.6%, but commercial inventories increased by 0.4%. And they have been growing for almost half a year. At the same time, the growth rate of industrial production accelerated from 3.2% to 3.8%. It turns out that sales and production are growing, but stocks are growing much faster than consumers have time to buy all the goods. So the risks of the crisis of overproduction will not go away, but rather only increase. Also, the number of issued construction permits decreased by 2.2%, and started construction by 12.3%. The total number of applications for unemployment benefits remained unchanged. However, this was due to a reduction in the number of initial applications for unemployment benefits from 215 thousand to 207 thousand, while the number of repeated applications for unemployment benefits increased from 1,743 thousand to 1,751 thousand.

In order to understand how events can develop this week, it is worth looking at the forecasts for US statistics, especially since it is rather difficult to start from the unpredictability of Donald Trump. For example, home sales in the secondary market may increase by 0.5%, but sales of new homes are expected to decline by 2.8%. Preliminary data on business activity indices should show their invariance. The number of applications for unemployment benefits should be reduced by 17 thousand. But most importantly, preliminary GDP data for the second quarter could show a significant acceleration in economic growth. So the expectations are quite optimistic.

However, the main event of the week will be the ECB meeting on monetary policy, followed by a press conference of Mario Draghi. After the previous meeting, investors are concerned about the possible extension of the quantitative easing program after December. Many fear that a shift in priorities from inflation to trade war will be an occasion for further extension of the quantitative easing program. So Mario Draghi will be waiting for concrete answers, and if he firmly declares that under any circumstances in December the ECB will not decide to extend the program of quantitative easing, the single European currency will rapidly begin to grow. Any reservations about risks and the like essentially leave the question open, and this will be perceived as preparing the public for the next extension of the quantitative easing program, and then the dollar will continue its victorious procession. In Europe, of course, preliminary data on business activity indices are still expected, which should show a slight decline, as well as data on consumer lending, the growth rate of which should accelerate slightly.

In all fairness, it should be noted that investors believe that the ECB will not extend the program of quantitative easing, and this is already embedded in the value of the single European currency. So if Mario Draghi is firm, the euro will finish the week at 1.1775. But the head of the ECB is characterized by the ability to talk a lot about anything, and this will negatively affect the mood of investors, so most likely, we should expect a decline to 1,1625. 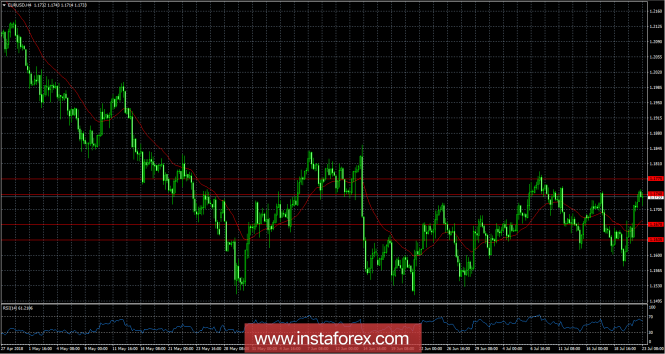 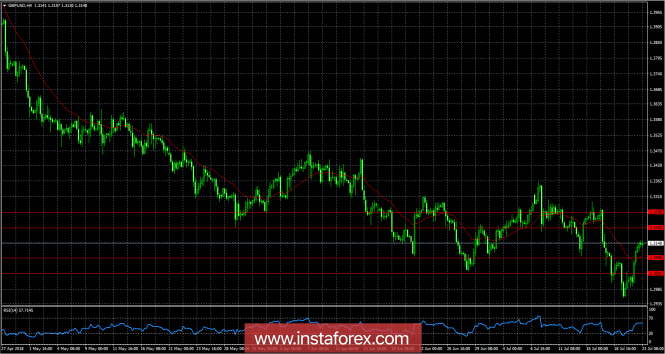 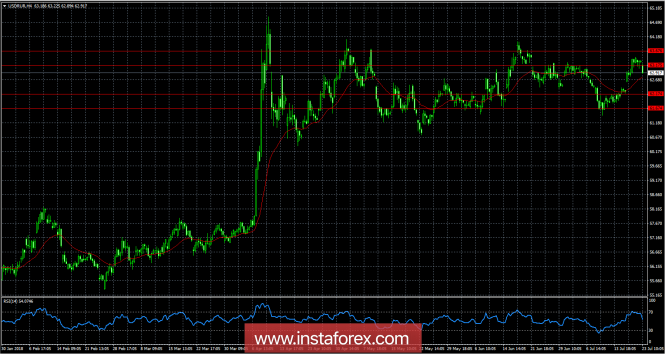