Why hasn’t the single European currency become the main one in the world? 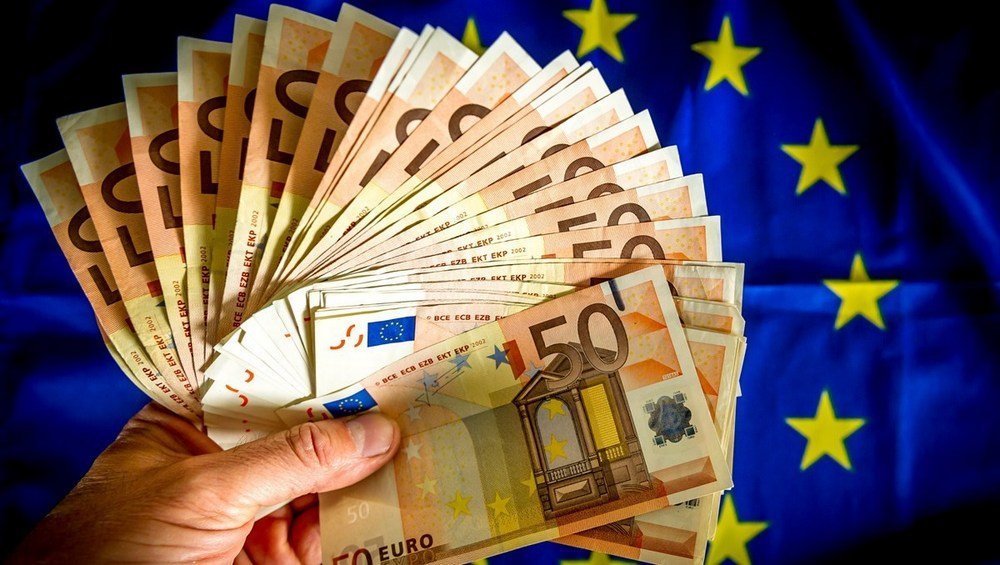 When the euro appeared in the global financial system, many analysts predicted it would play the role of the new world reserve currency in place of the dollar. The forecasts for the Euro and the Dollar turned out to be overly optimistic, albeit quite reasonable. If we proceed from the aggregate financial power of Western Europe, then the single European currency had the preconditions to take away the status of the main world reserve currency from the US dollar. Although the European currency quickly became the second in the world, it still has not been able to move the US dollar from the top of the global financial system. There were several reasons for this, including liquidity, financial instability of the European Union, problems of sovereign debts of the EU countries. In 2008, the financial crisis added to the problems, and the rapid growth of the value of the Chinese yuan weakened the position of the euro in the world, which is clearly seen on the chart of the euro against the US dollar.

The qualities of the world’s reserve currency

In order for a sovereign currency to become the world’s reserve currency, it must meet several requirements. First, the currency must be reputable and strong enough to be used in international financial transactions. Second, the currency must be backed by a strong economy and government trusted by international financial circles. Finally, such a currency should be considered valuable and stable for the Central Banks of other countries. The currency is called the reserve currency, because the central banks of different countries use it to accumulate and stabilize the rates of their own currencies.

In theory, any currency can become a reserve currency if it is recognized by all countries in the world. But in reality there are only a few of them. Since the beginning of the twentieth century, the US dollar has been considered the main world reserve currency. About 60% of international payments are carried out in this currency. The second place in recent years is occupied by the European currency. 25% of international payments are made with the euro. The British pound sterling occupied the first place until the beginning of the twentieth century, and now it accounts for about 10% of world turnover. Other currencies have long been involved in international settlements: the Swiss franc, the Japanese yen, the Australian and Canadian dollars. The first steps as a world currency are also made by the Chinese yuan. All these currencies are officially recognized as reserve currencies by the International Monetary Fund.

The total amount of euros in circulation is simply not enough to be used as the main currency for international transactions. Although the European Central Bank has pursued a quantitative easing policy in recent years, this has proven insufficient. In addition, large EU countries do not want to completely transfer sovereign financial control to the ECB commissions. Each country has its own price and wage policy. Bonds and other securities are also issued by individual countries. There is no single debt in the European Union, the economies of individual countries differ significantly in terms of development rates. 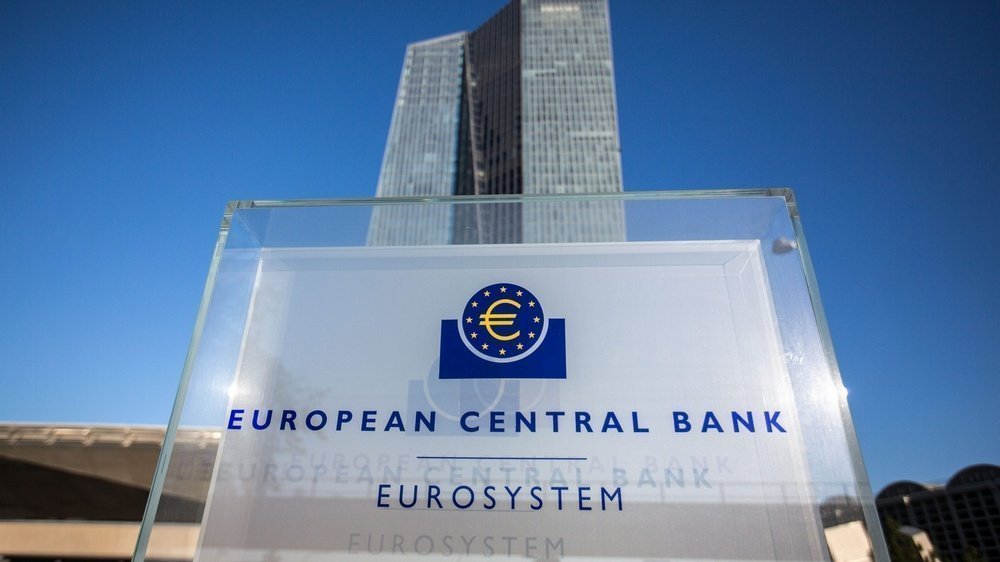 All these factors hinder the worldwide spread of the euro. The ECB’s leadership has never sought to ensure the euro’s status as the first world currency. The former head of the Bank, Jean-Claude Trichet, has repeatedly stated this. Therefore, the European currency did not spread widely to the countries of America and Africa. The euro is mainly used as a reserve currency by countries in Europe, Asia and the former Soviet Union.

Stability of the European Union and the Euro

The euro liquidity problems are directly related to the overall and economic stability of the European Union. The recent sovereign debt crisis, problems with Greece and other less developed countries are undermining the overall fundamental strength of the single currency. Despite the growth of the German economy, the strongest in the EU, the overall rate of economic growth remains low. The banking system is under constant pressure. In this regard, the US dollar looks much better, and the Federal Reserve System responds quickly to changes in the economy. 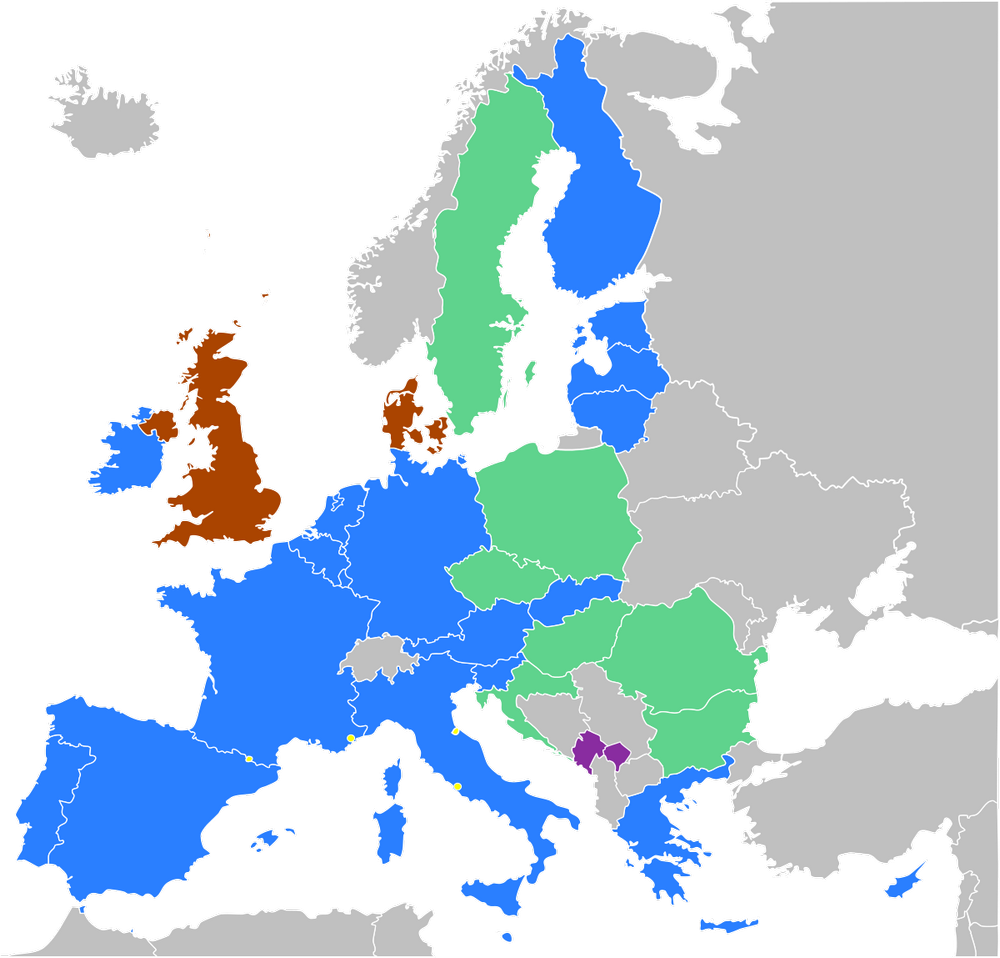 The political stability of the European Union also does not provide conditions for an international reserve currency. Frequent changes of governments in Italy and Greece, separatist sentiments in Spain are only a small part of European problems. And Britain’s exit from the European Union further reduced confidence in the single European currency. Political and economic problems led to the depreciation of the euro, as well as other exchange rates against the dollar. If from the moment of its appearance and before the crisis of 2008 the euro grew against the dollar by 60%, then the rate dropped almost to parity. Such fluctuations weaken the attractiveness of the European currency as a reserve currency. But these same fluctuations attract currency market speculators who begin to influence the change in the exchange rate. The EUR / USD currency pair is considered the main one among the companies of our independent rating of Forex brokers in 2018.

The rapid growth of the Chinese economy in the twenty-first century, overtaking the largest US economy, has become an obstacle to the wider adoption of the euro as a reserve currency. In addition, the yuan exchange rate is quite stable. The increasing importance of China and its share in world production is accompanied by the desire to introduce the yuan into the global financial system. China has accumulated trillions of dollars in its gold and foreign exchange reserves and is seeking international investment. Therefore, the world community is forced to reckon with its preferences. China has set up more than a dozen banks around the world to conduct settlements in yuan. Recently, the International Monetary Fund granted the yuan the status of a reserve currency in the Special Drawing Rights (SDR), which is official recognition.

The global financial system is entering a period of uncertainty. What was previously taken for granted in relation to the dollar is no longer so unambiguous today, and in the future the American currency may become not so safe. But so far, even a cursory glance at potential replacements shows that none of them is even close to being ready for the status of the main international reserve currency. So it looks like the dollar will remain at the world top for a long time. Please note that most Forex companies offer EUR / USD trading. Among the most recommended intermediaries, it is worth highlighting the Alpari forex broker, with a large number of attractive trading conditions. Also read all reviews about Forex brokers with comments about other companies on our website.